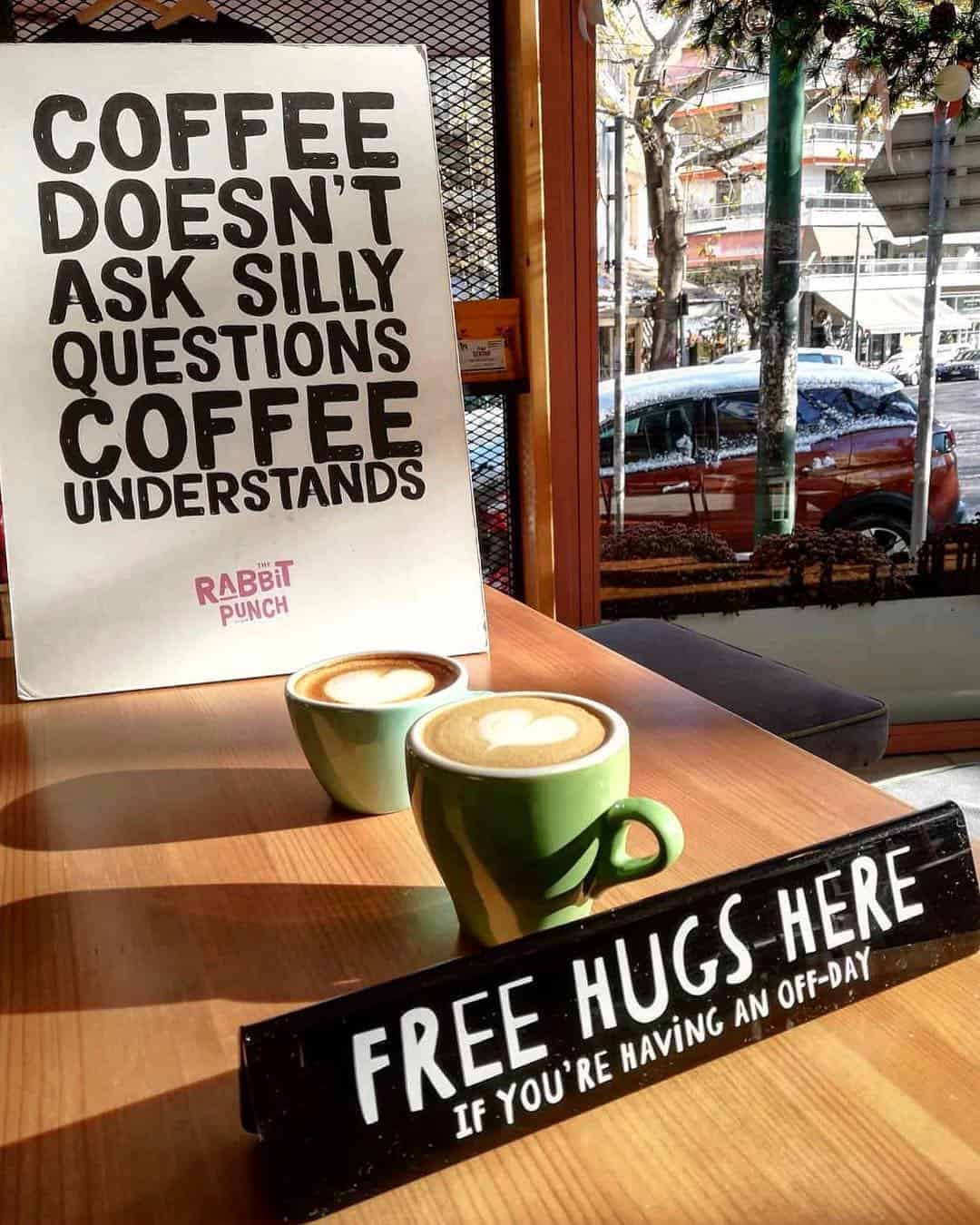 The Athens neighborhoods that make up the Greek capital are like little cities in themselves. Every Athenian neighborhood has its own little personality and distinct charm.

What’s more, every Athenian neighborhood has its own central square that acts as a rendezvous point among residents. Better yet? Many of them remain undiscovered.

Athens is a city that is largely misunderstood. It may not be the most beautiful European capital but it oozes character. You just need to know where to look.

Athens Neighborhoods: Little Cities in Themselves

Monastiraki and Syntagma may be characterised as being the “centre” of Athens. However, locals don’t all trek into the city centre on a Friday or Saturday night as they do in say, Thessaloniki.

If Athenians are looking for a cosy place to have brunch, good coffee, and catch up with friends in a quirky environment, they may head on over to Pagrati. Alternatively, if they are looking to hang out in rock bars, the obvious choice is Exarchia.

The Best Athens Neighborhoods to Add to Your Radar

It’s the little neighborhoods of Athens, all uniquely different, that make the city wonderful. However, these are often overlooked by most tourists who do not even know of their existence.

Most visitors to Greece spend their Athens itinerary meandering through the ancient sites of Plaka, visiting the Acropolis, and browsing through shops in Monastiraki, Plaka, and Thissio. While there is nothing wrong with any of that, there is so much more to see in Athens than initially meets the eye.

An extensive list of some of the best neighborhoods in Athens to know about is detailed below. This ought to be useful when considering where to stay in Athens.

Pagrati is arguably Athens’ quirkiest district. What Pagrati is to Athens is what Greenwich Village is to New York.

This little area has been beloved by creatives, artists, and writers for centuries. Indeed, every corner of Pagrati is bursting with artistic flair. Pagrati’s narrow winding streets are lined with eclectic coffee shops, vintage clothing stores, and art galleries.

Many of the district’s residential streets look relatively nondescript. However, as you meander down them, they open out into charming crowded piazzas teaming with locals.

Pagrati is relatively central and sits right behind the ancient Panathenaic Stadium. This is a great place to venture to if you want to have brunch or coffee in a truly authentic, Athenian place.

Kolonaki is one of Athens’ most upscale and glamorous districts. The tree-lined streets here are filled with sophisticated boutique and designer stores.

Brand names like Audemars Piguet and Prada have stores here. This is one of the best places for shopping in Athens.

Kolonaki means “little column” in Greek. The area takes its name from the sun-bleached ruins of an ancient column that sits at the heart of Kolonaki Square.

For all of its glamour, many of the restaurants, bars, and coffee shops here do not have any pretension. They range from award-winning fine dining restaurants to homely tavernas.

Idyllic Plaka is one of Athens’ oldest neighbourhoods. This region of the city has been inhabited for more than 2,500 years.

During the days of the Ottoman occupation in Greece, this was the city’s Turkish district. A significant portion of Athens’ historical attractions sit in old Plaka, making this district worthy of at least a day or two of your time.

Koukaki is one of the best Athens neighborhoods to base yourself in during your stay. This little district sits adjacent to Makrygianni, beneath the shadow of the Acropolis. Despite its central location, Koukaki is often missed by tourists.

The neighborhood is fast becoming one of the hippest parts of Athens. Here, you will find eateries serving authentic cuisines from across the globe, and shabby chic bakeries and coffee shops with delightful sidewalk seating perfect for people watching.

Historically, Koukaki was an industrial, working class area. It was named after local businessman George Koukakis who sold beds. The structures here still retain a lot of their original grit and charm.

The Mets is a tiny, leafy residential district that sits between Ardittou and the Athens Cemetery. Blink and you’ll miss it. This part of town is so small that few tourists know of its existence.

Athenian coffee culture could not be more prominent here. Though the area is small, its streets are crammed with excellent places to get a freddo cappuccino, a spot of brunch, or a nightcap.

Kypseli is one of the most fascinating, diverse, and multicultural districts in all of Athens. One moment, you can be standing outside a Greek delicatessen. The next, you find yourself in front of a fragrant store selling all manner of Arabian spices.

Approximately 50,000 people call Kypseli home today. In the 1950s, this was one of the most exclusive postcodes in town.

Sadly, much of Kypseli fell into disrepair. Internationals from Asia, Africa, the Middle East and beyond were drawn to the area by its low cost of living. With them, they bought the very best of their own cultures into the city.

Exarchia is one of Athens’ punkiest, most alternative neighbourhoods. This area is largely misunderstood and often gets a bad rep. However beneath the grit, it is one of the most unique parts of town.

Riots and political demonstrations have put Exarchia on the map for all the wrong reasons. This district was the location of the 1973 Polytechnic uprising and, more recently, the 2008 shooting of a schoolboy by a policeman. Consequently, Exarchia has become synonymous with riots and anarchist groups.

But Exarchia is so much more than that. Here, vinyl record stores and rock bars line graffiti filled streets.

Some of the best street art in Athens can be found in Exarchia. Many of the pieces that you will find here are thought-provoking and politically charged. Some have been created by famous European artists such as Ino and Borondo.

Kifissia, like Kolonaki, is one of the most upscale parts of town. This stylish district is situated 14km north of Athens city centre.

The ambiance here is completely different and peaceful Kifissia feels like a million miles away from the hustle and bustle of city life that you find in Syntagma or Monastiraki. Stunning neoclassical mansions and colourful buildings line Kifissia’s leafy streets.

Many walking tours pass through this area. It is also possible to take a horse and carriage ride around the neighborhood during the summer months. Horse-drawn carts can be found waiting outside Kifissia station.

Syntagma is essentially the centre of Athens. It is home to the metro station of the same name and offers transport links out to Piraeus, Athens airport, etc.

The name Syntagma actually means “constitution”. This square gained its name from the constitution that King Otto provided the citizens after an uprising in 1843.

Although Syntagma is far from one of the most beautiful parts of town, it houses some notable buildings. On the northern side, you will find Voulí ton Ellínon. This is the Hellenic Parliament building, housed inside a former palace.

Sooner or later you will pass through Syntagma during your time in Athens. For most visitors to the city, it is the first place they arrive after taking the metro from Eleftherios Venizelos.

Up until recent years, Metaxourgeio had a reputation for being dangerous. The area was rife with crime and it was known for the undesirable types that loitered around Karaiskakis Square.

Metaxourgeio has been cleaned up phenomenally in recent years. The district is doing all that it can to shake off its less than perfect notoriety.

Like Exarchia, part of the charm of Metaxourgeio is found in the grit and sass of the area. There is also plenty of interesting street art to find here too.

For a long period, Psiri Athens was the place to go on Friday and Saturday nights in the Greek capital. You will find everything here from chic rooftop bars with an Acropolis view, to grungy, underground indie bars.

In recent years, Gazi has overtaken Psiri as the place to see and be seen on a night out if you’re young, hot and Athenian. However, Psiri is still very worthy of your time.

This area has long been known for its antique stores. Indeed, as you meander through Psiri’s labyrinth-like network of winding streets, you will find stores selling all manner of interesting ornaments and trinkets.

Vyronas is a quintessentially Greek residential neighbourhood. It is worth exploring if you want to have a taster for the real “local” life in Athens.

This area extends on from Pagrati. It is tricky to see where Pagrati ends and Vyronas begins. Although sightseeing opportunities here are few, there are many charming coffee shops and non touristic tavernas in the area.

Bustling Monastiraki is the beating heart of downtown Athens. The area is laden with ancient Roman ruins, chaotic markets, and lively tavernas.

Monastiraki Square is a popular rendezvous point among locals and is always crowded with street performers, groups of teenagers, and market vendors selling everything from knock-off designer handbags to nuts and spices.

Some of the most important historical sites can be found in this area. Most notably, the Ancient Agora with its excellently well-preserved Temple of Hephaestus, and the grand Stoa of Atticus that dates back to 159BC.

The Agora Museum is housed within the Stoa. It contains artefacts recovered from Athens that date all the way back to the Neolithic, Bronze, Iron, and Geometric periods.

Zografou is Athens’ unofficial student district. The area’s proximity to the National and Kapodistrian University of Athens campus, paired with the low-cost rents in the area makes it a popular choice for university students. The presence of many individuals in town on exchange and Erasmus programs brings an international vibe to Zografou.

A seemingly obscure district name. However, the name stems from the sprawling gas power plant that served the city up until 1984.

Interestingly, the old gas power plant was never completely knocked down. Its outer shell still stands and looks like more of a contemporary art installation than the remnants of an ugly industrial facility. The old plant is illuminated by night and visible from across the city.

Located somewhat northeast between Hilton and Cholargos are the affluent suburbs of Psychiko and Neo Psychiko. These are two of the most desirable addresses to have in town.

Psychiko predominantly consists of residential streets and offers not all that much to see bar being an interesting place to take a walk if you have unlimited time in Athens. Conversely, Neo Psychiko is a great choice for an elegant evening out.

Neo Psychiko is every bit as glamorous as Kifissia or Kolonaki. However, it possesses more of an understated charm. Tourists never find their way here. This is true, authentic, upper class Athens.

Do you have any additional questions about Athens neighbourhoods or where to stay in Athens? I have been living in Pagrati for almost four years now.

I am happy to answer any questions and queries that you may have. Feel free to drop me a comment below.

1 thought on “Athens Neighborhoods 2021 Guide: The Best Places to Discover in the Greek Capital”