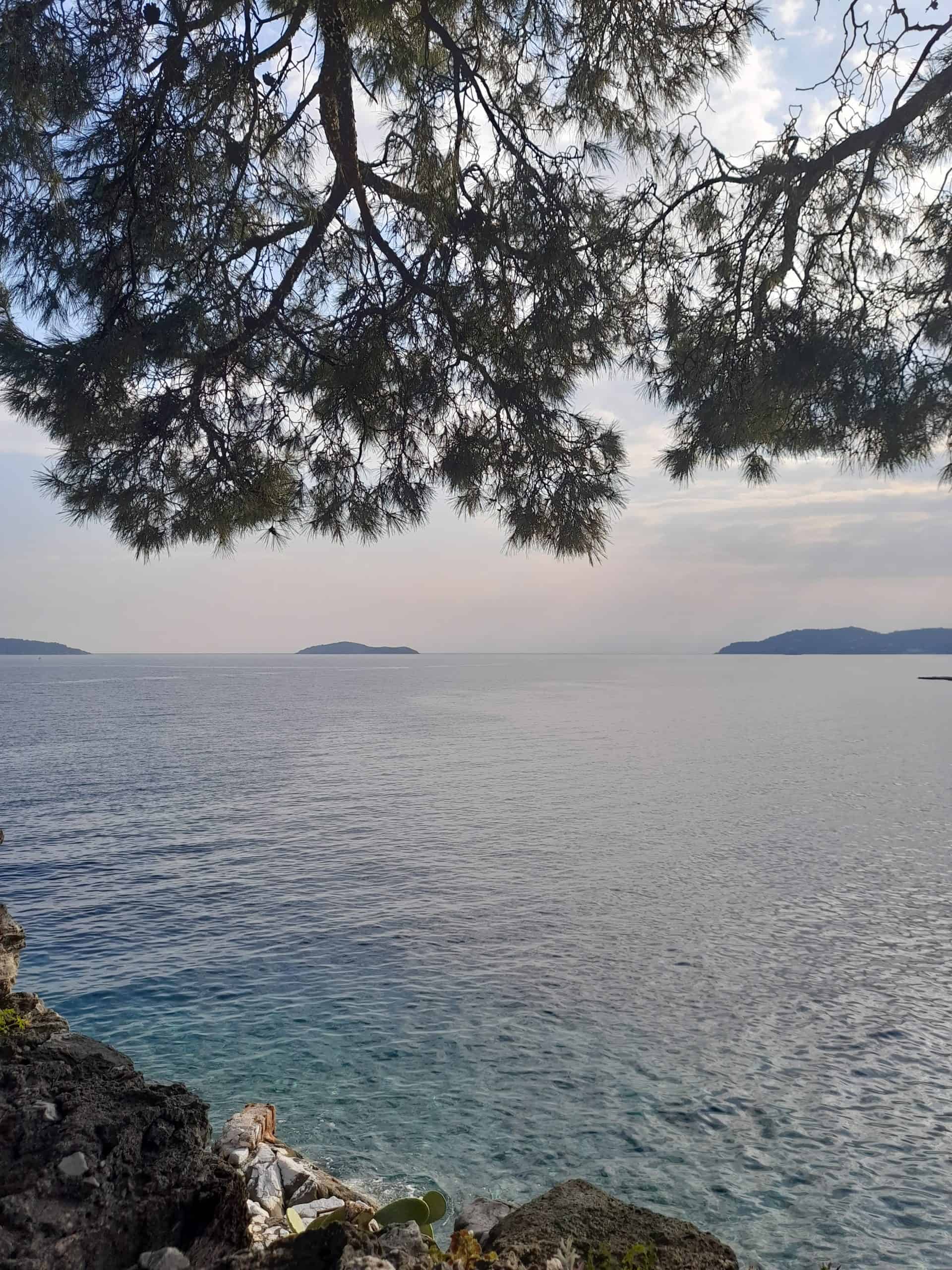 How many Greek islands are there? Greece is globally renowned for its countless beautiful islands, its cerulean waters so clear you can see to the bottom, and its quaint Cycladic architecture.

How Many Greek Islands are There?

There are approximately 6000 islands in total that encircle Greece. Officially, there is some debate as to where this precise figure actually lies in the region between 1200 and 6000 islands.

Why? This is partly on account of the size of some of the little islets. They are essentially too small to be considered islands and there is debate about what should be included and what shouldn’t.

Regardless, 6000 islands and islets is not an insignificant amount! Of these, approximately 227 are inhabited.

Did you know that almost two-thirds of Greek territory is occupied by the sea? If you were to take the entirety of Greece’s coastline, including the islands and the mainlands, you get a length exceeding 15,000km.

This makes it the largest coastline in the Mediterranean and the eleventh in the world. It should come as no surprise then, that Greece has strong maritime traditions.

How many Greek islands are there? Several thousand, and each one is seemingly more special than the last.

Whether you’re looking for somewhere chic and cosmopolitan, or somewhere rugged and underdeveloped, there is a Greek island for everyone. It is quite remarkable really how much diversity exists in one country. There is nowhere quite like Greece.

Some Greek islands are easier to get to than others. For up-to-date schedules, route information, and to buy tickets, use Ferryscanner.

How Many Greek Islands are Inhabited?

Conduct a quick Google search for ¨how many Greek islands are inhabited¨ and you will note that the results vary wildly. Estimates range from between 166 and 227.

But what is the true number and where are these websites getting their data? Most websites that discuss how many Greek islands are inhabited are Greek travel blogs like this one, rather than official sources and censuses.

Greek bureaucracy is a thing and it’s likely that a lot of the data you find online is inaccurate or outdated. Greece has never been a stickler for the rules so to speak, and updating administrative records is certainly not a priority.

The last census in Greece was conducted in 2011. That’s over 10 years ago.

The reason that some of this data may be inaccurate is that the situation is ever-changing, and people often move. For instance, there are several Greek islands with very small populations of less than 50.

Some of them were occupied until recently by people who have since moved on. Others were occupied by elderly residents who unfortunately passed away.

The islands in each group are characterised by different cultures and architectural styles. It is certainly not the case that once you have been to one Greek island, you have been to them all.

For instance, the Ionian islands are known for their distinct stone houses and villages. Meanwhile, any mention of the Cyclades conjures up that classic postcard image of Greece – a little white house with a blue roof and blue shutters.

Similarly, the cuisine and culture are different in different parts of the country. As an example, Corfiot cuisine refers to food that is served in Corfu.

Some of the island’s dishes, like beef sofrito – tender strips of beef cooked with an abundance of fresh garlic and parsley, are not found anywhere else in Greece. Greek dances and folk music are a big part of Greek culture and tradition and again, different islands and regions have their own traditional dances.

Many of Greece’s 6000 islands are uninhabited. However, some are so small in size and circumference that it wouldn’t really be possible for anyone to live on them anyway.

That being said, it is possible to visit many of these uninhabited Greek islands. Some are protected zones but the majority are not.

One way to visit uninhabited Greek islands is by hiring a boat and sailing to them independently. It is possible to rent small boats in many parts of Greece.

You don’t need a boating license or any specific experience – just the ability to swim and some awareness of safety at sea. You will be provided a quick safety briefing when you pick up the boat.

This is something that you can do all over Greece. For instance, in gorgeous Halkidiki, you can rent a boat and sail out to uninhabited Diaporos island.

Similarly, in Skiathos, you can sail to Tsougkrias and Tsougkriaki. In the Alonissos region of the Sporades, there are many uninhabited islands that fall within the Alonissos marine park zone and are home to unique and rare sea life, flora and fauna.

If sailing independently isn’t for you, there are many tours and day trips across Greece that travel out to uninhabited islands. For instance, from Skiathos town, you can travel to Tsougkrias, spend a day hiking around the island and visiting its abandoned church, party on its tiki-themed beach bar, and return to Skiathos at night.

After all, it seems to be the same few islands that you hear of people visiting, or see in travel media again and again. Crete, Corfu, Santorini, Mykonos, and Zakynthos (Zante) are some such examples. In recent years, Skiathos has also begun to soar in popularity.

Some places are popular for a reason. However, while these islands are every bit as stunning as the media and photographs would have you believe, they are not all that the country has to offer.

Considering quieter Greek island alternatives is a nice way to escape the crowds, and have stretches of stunning coastline all to yourself. Not to mention, many ¨offbeat¨ parts of Greece are far cheaper to travel to – perfect if you are exploring Greece on a budget.

Evia and Crete are the two largest Greek islands. They are not really grouped into any of the Greek island families, though Evia is closest to the Sporades, and Crete is south of the Cyclades and just west of the Dodecanese, respectively.

Sadly Evia (3,655 km2) has been in the global media recently due to the ferocious wildfires that ravaged the island in August 2021. Evia is located off the general tourist track and mostly only receives visits from hardcore Grecophiles or domestic travellers.

Perhaps the size of Evia is intimidating – it is difficult to determine the best places to visit in this vast expanse. Do your research and know where to look though and you will quickly discover that Evia is made up of ancient cities and archaeological sites.

You could easily dedicate the entirety of a multi-week Greece itinerary to Evia. This is Greece’s second-largest island.

Crete is a tapestry of rugged coastlines, picture-perfect beaches, charming towns, and eclectic cities. It has a distinct culture of its own and is home to several world-renowned beaches like Balos and Elafonisi.

Crete and Evia aside, there are other moderately large islands. Rhodes in the Dodecanese is relatively large (1,401 km²), as is nearby Kos. The Acropolis of Lindos in Rhodes is one of the country’s most popular tourist sites – only overshadowed by the Acropolis of Athens!

Kerkyra (Corfu), Zakynthos (Zante), and Kefalonia in the Ionian are both large in size and population. Each island boasts a population of more than 1000 people.

Lesbos, Chios, Samos, and Lemnos in the North Aegean are both densely populated and moderately sized. Naxos is the largest island in the Cycladic archipelago.

It is tricky to distinguish the smallest Greek islands. The 6000 or so islands that are recognised in Greece are all over a certain size. If you were to include the tens of thousands of little landmasses and islets off the coast of Greece that are less than a square kilometer in size, the exact number of Greek islands would be thousands more!

Paxos and Antipaxos, known by their plural ¨Paxoi¨ boast a little slice of paradise with beaches and waters that you would expect to see in the Caribbean. Upscale Paxos has a population of just 2,500 and despite many of the locals depending on tourism as a source of income, this is one of the least commercial Greek islands.

Symi, in the Dodecanese, with its pastel-coloured houses and quaint villages is a small Greek island that packs a lot of punch. Symi’s 2,580 residents are mostly involved in fishing, tourism, and agriculture.

The island has soared in popularity in recent years. Many people are choosing to visit it as part of a Greek island-hopping adventure.

Of course, the islands above are ¨small¨ tourist destinations when compared to islands like Zante and Rhodes. But the smallest Greek islands of all?

Stamfani is one such example. The Strofades islands are across the water from the southern tip of the Peloponnese.

There are two islands here: Stamfani and Arpiia. A 12th-century monastery exists on the former that was occupied by an elderly monk for years up until his death. Now this mysterious island is deserted, accessible only by private boat.

This little place is essentially an islet and sits just off the coast of Kanoni, Corfu. All that exists on the island is the Byzantine chapel of Pantokrator. For just a couple of euros, you can take a little fishing boat across to the islet.

How Many Greek Islands Are There? Parting Words

Do you need any advice or assistance on planning out your Greece trip? Please don’t hesitate to drop me a comment below and I’ll get back to you ASAP.

I’ve been based in Greece since 2017. Safe travels!