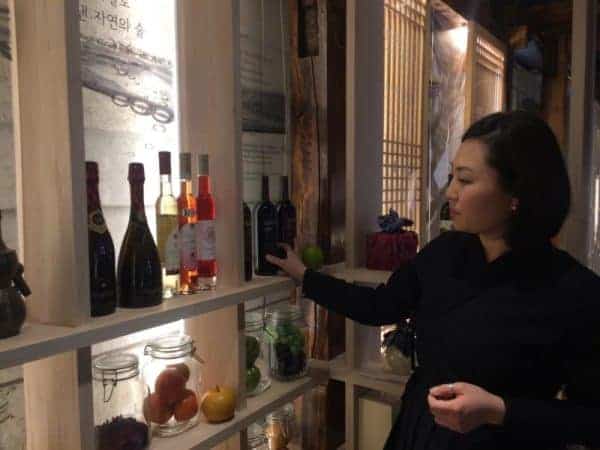 The Sool Gallery in Seoul (전통주갤러리) opened several years ago. It was introduced as part of an initiative by the Korean tourism board.

The idea behind it is to to introduce Korean alcoholic beverages to the world. The gallery is dedicated to spreading the cultural context and historical significance of Korean alcohol, making the gallery “a one-stop destination for all things liquor and wine.”

That is a shame. Korean beverages such as soju and makgeolli are flavourful and suited to a western palette.

If you ever find yourself in Gangnam you will have the opportunity to sample an array of traditional Korean wines and liquors at the Sool Gallery. This initiative is free!

If you have spent any amount of time in Korea, you will certainly have noticed that drinking is a large part of the culture. Soju 소주  is a regular guest at dinner tables, social gatherings, and parties.

The commonly consumed drinks of soju, makgeolli (Korean rice wine), and somaek 소맥 (Soju mixed with Korean beer) are extremely cheap and cheerful. You can buy bottles of soju and makgeolli for just a few dollars in Korean convenience stores.

Consequently, it is easy for your first impression of Korean drinking culture to be just that. This view is shared by Koreans, few of whom know much about the country’s traditional alcohols. Locally, Korean alcohol is not known for being elegant, or of high quality.

This is why initiatives like The Sool Gallery are being introduced by the Korean Government. There is a hope of raising awareness about the various Korean drink options and putting Korea on the map as a quality alcohol producer.

Visiting the Sool Gallery in Seoul

When you arrive at the Sool Gallery, Seoul, you will be greeted by a Korean Sommelier. Firstly, they will talk you through the process for making Korean wines.

It is interesting to learn about the ingredients used and the processes followed. Many Korean beverages use seasonal ingredients that are only found at certain times of the year.

Korea sees some fairly extreme climates – hot, humid, monsoon-like summers and cold, harsh winters. This means that Korean alcoholic beverages are also seasonal, and many can only be produced at certain points of the year.

Tastings at the Sool Gallery

After the tour, we tasted a selection of traditional Korean alcohols. The curators select 10-20 new tipples each month, all surrounding a particular theme.

This is so as to keep the selection interesting, and fresh for any  repeat visitors. We sampled Makgeolli 막걸리, Yakju 약주, traditional distilled soju 소주, and Korean wines.

Soju, Makgeolli, and Yakju – Oh My!

The traditional soju 소주 weighs in at 40% proof. It tasted completely different from the green bottle soju that you see in stores and bars around Korea.

The taste reminded me somewhat of a scotch whiskey and was so strong that it made my eyes water! Apparently, the translation for soju is “burning alcohol”. This ought to give you a little pre-warning about the kick it gives!

Makgeolli 막걸리 is Korean rice wine. This is considered the most refreshing Korean alcohol to drink due to its short fermentation time.

Makgeolli’s fermentation period is kept short in order to preserve the flavours. This is far and above a favourite Korean alcohol of many.

If you are new to Seoul, you should consider heading to one of the traditional Makgeolli houses in Insadong. Here you can experiment with many different types from the local breweries.

Makgeolli is served alongside Korean street food snacks like kimchi jeon and other treats.

Yakju 약주 is a filtered Takju and comes from the Korean word “Yak” meaning medicine. It is infused with various aromatic herbs and has a somewhat spiced taste. This was previously the preferred drink of Korean nobles.

Many Korean producers are now branching out from the traditional processes and methods. More and more companies are experimenting with more Western-style wines.

We trialed an absolutely delicious strawberry-infused grape wine, and an omija 오미자 (Korean berry) wine. Korean wines are very sweet-tasting. They are not too dissimilar to European dessert wines.

The Sool Gallery is a really beautiful space and the store within offers many ornate-looking bottles of wine and drinking accessories. The tour and tasting took a little over an hour. They are completely free as part of a government incentive (#mykindagovernment). 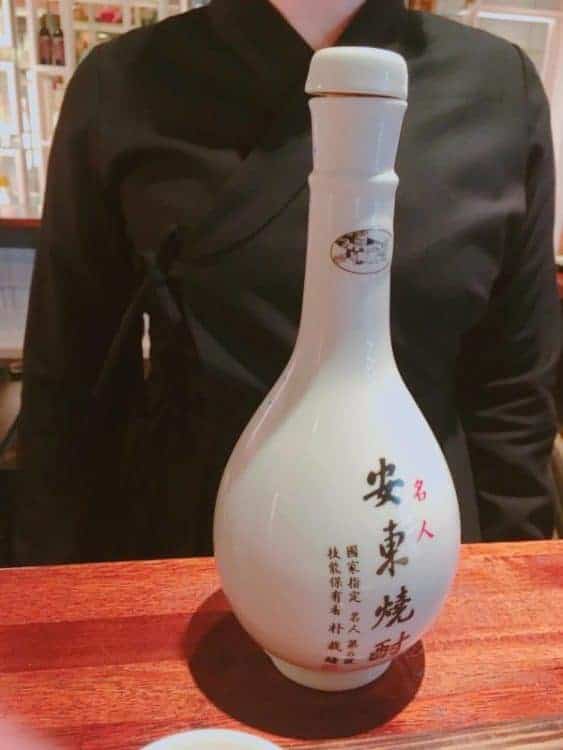 The Sool Gallery has recently moved from its previous location in Insadong. Check the address before you travel as many online resources still refer to the gallery’s old address.

Opening Times: Open 10am – 8pm Tuesday – Sunday. [Please note, a forward reservation is required via email for the tour and tasting, but if you just want to wander around the gallery and take a look alone then you can just drop by]

Tours: English tours are available at 2pm, or 4pm daily.

Disclaimer: High Heels and a Backpack is in no way affiliated with The Sool Gallery.