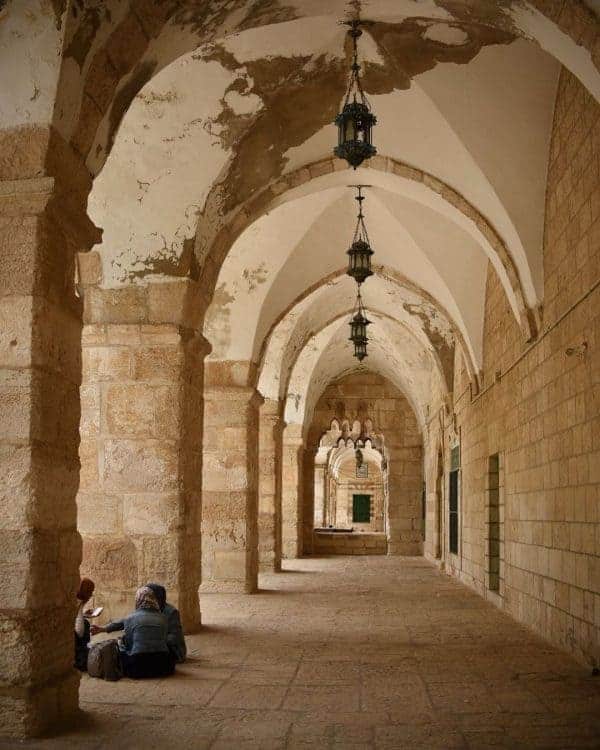 The Israel passport stamp is a hot topic when it comes to travelling in the Middle East. It’s something that causes a lot of stress to a lot of people.

Almost any mention of travelling to Israel is synonymous with concerns about the Israel passport stamp. There is a lot of misinformation out there. However, this is not something that you need to be concerned about.

About This Israel Passport Stamp Guide

This Israel passport stamp guide is updated periodically. I have travelled extensively through the Middle East and have visited Israel numerous times.

The guide exists to answer all of the frequently asked questions and concerns about the Israeli passport stamp that you may have. For instance:

Israel no longer stamps passports on arrival into the country. Travellers are now provided with a slip of blue paper that serves the same purpose. You are given this upon arrival and you should keep it safe throughout your trip.

Israeli Passport Stamps Were Phased Out

The process of stamping people’s passports on arrival was phased out because of the problems the stamp incurred. Israel has not been stamping passports for several years now. This is because, unfortunately, Israel has less than favourable relations with some of its neighbours.

Having an Israel stamp on your passport could ban you from being allowed to travel to certain countries in the Middle East. This was obviously a deterrent for many people. Consequently, the blue immigration slip was introduced.

Israel reopened its borders to international travellers on the 9th of January 2022. Prior to that, entrance to the country was closed for a relative period due to the ongoing global pandemic.

UK and USA residents can enter Israel for up to 90 days without a visa. As of the 20th of May 2022, there is no requirement to take a COVID test or present a negative result prior to travelling to Israel.

You do not have to present proof of vaccination either. Do keep in mind that this situation can change at a moment’s notice so it is important to always check the latest requirements via official sources. All visitors to Israel are required to complete an entry form 48 hours before their flight.

Things to Know About the Israel Passport Stamp

The most commonly asked questions and concerns about the Israel passport stamp are detailed below.

Israeli border control now hands you a blue slip of paper instead of stamping your passport. You will need to show this if you cross the border into the West Bank. Furthermore, some hotels and rental companies request to see this.

Your slip of blue paper is replaced with a pink “exit slip” when you leave the country. Your passport will not be stamped flying in or out of Israel.

You can cross the land borders from Israel to Jordan or Egypt. There are no open borders between Israel and Syria or Lebanon.

Crossing Israeli land borders is the only time when the passport stamp becomes a cause for concern. Stamps at any border crossing (including those on the Egypt and Jordan sides of the border) act as proof that you’ve been to Israel.

You should request that the Immigration Officers stamp your blue slip of paper instead of your passport. This way, you avoid getting an Israel passport stamp.

The border guards are generally very understanding and cooperative about why you would not want an Israel passport stamp. Make sure that you ask them before handing your passport over.

Most nationalities are eligible for visa-free travel to Israel. This includes citizens of the United States, the United Kingdom, and most of Europe

If you are from a country where citizens require a visa for travel to Israel, this will be printed in your passport. Consequently, the matter of the Israeli passport stamp is irrelevant. Your Israel visa acts as proof that you have been to Israel.

It is possible to travel to Palestine’s West Bank with an Israel stamp or slip of paper. Israeli forces control Palestine’s borders. You have to enter Israel to get to Palestine.

You should present your blue slip of paper to the guards when entering and exiting Palestine.

You will note that your chances of even having to worry about an Israel passport stamp are slim. However, to clear up any uncertainty, the countries that you can and cannot enter with an Israel stamp are detailed below.

Countries you CAN visit with an Israel passport stamp

Countries you CANNOT visit with an Israel passport stamp

The above countries are those that officially sanction Israel and probit travellers that have traces of Israel in their passports. There are a few important caveats to this though.

Firstly, Iran has now stated that you can travel to Iran with an Israel passport stamp. Travel to Iran is permitted if your trip to Israel happened more than 6 months ago.

Secondly, Saudi Arabia has recently started opening up to tourism. The Saudi electronic tourist visa application does not prohibit those with Israeli stamps from entering the country. Similarly, many people have reported being able to get in and out of Saudia Arabia on business visas with no problem.

Travelling in Spite of an Israel Stamp

It is advisable not to try and enter countries that sanction Israel if you do have an Israel passport stamp. Penalties vary from country to country. Lebanon in particular is very strict about this.

Some countries may not even bother to check your passport. However, others may issue fines or refuse entry if you have travelled to Israel.

Israel does not prohibit travellers from entering the country on the basis of having certain stamps on their passports. However, Israeli border control is notorious for being strict. This is simply for the purpose of safety.

You may be asked questions about your previous travels. This is especially the case if you have travelled to places such as Iran and Iraq.

I have passed through Israeli border control several times. There were stamps from Morocco, Malaysia, Turkey, Egypt, and the UAE on my passport. I did not receive any serious questioning or interrogation.

Additional checks do happen occasionally. For instance, if you have just travelled to Iraq or Iran, the Border Guards may ask to check your electronics, your phone, and your social media.

Keep calm, remember this is a safety procedure, and cooperate with the Israeli border guards. It may be useful to jot down the details of your country’s embassy prior to travelling to Israel, just in case. This is good practice wherever you travel.

Will people know I’ve been to Israel?

There is no way that you will be flagged up as having previously travelled to Israel if you do not receive a passport stamp. Rest assured, there is no high-tech spy-level technology that records this. Similarly, if you had an Israel passport stamp in a previous passport, it will not affect your travelling on your new one.

Can I rip a page out of my passport?

You should never rip a page out of your passport. The entire document is essentially voided if you remove a page because you received an Israel passport stamp,

Check your country’s government travel advice before travelling to Israel. This article is up to date to the best of my knowledge. However, processes can change overnight so it is better to double-check everything before you travel.

Do you still have any additional worries or concerns about the Israel passport stamp? Do you need help planning an Israel itinerary?

Please don’t hesitate to contact me. I will get back to you as soon as I can. Safe travels! Melissa xo

55 thoughts on “Israel Passport Stamp: Everything You Need to Know [2023 Guide]”