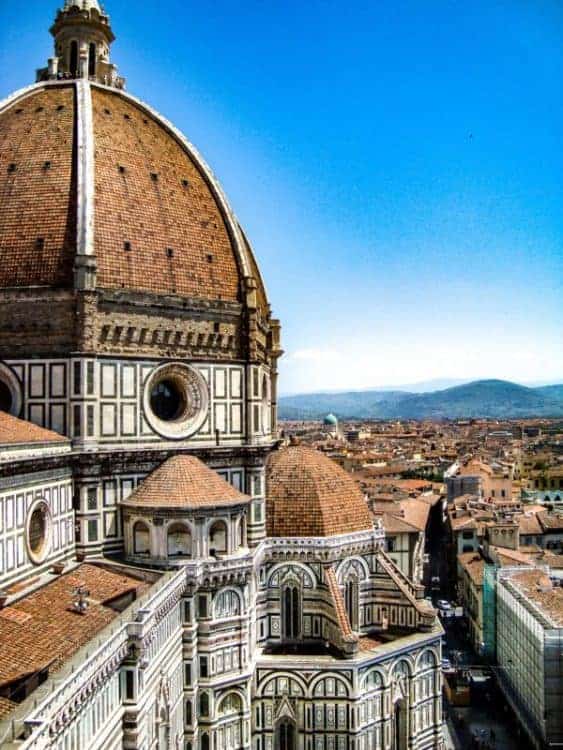 Italian men feature on many female traveller’s adventure to-do lists just as much as say, a trip to the colosseum, taking the perfect selfie in front of the Trevi fountain or uncovering where to eat the best pasta in all of Roma. (Okay maybe let’s not say “to-do lists” – we are ladies afterall… I guess?!) There are few nationalities more charming, handsome and as renowned for being incredible lovers as the Italian men.

A British or American guy may invite you over to Netflix and chill, but an Italian man will offer to teach you to cook carbonara while you drink exquisite local wine, or invite you on a late night picnic by the sea. For romance and charm factor, Italian men top the leaderboards. After living in Italy on several occasions (in Milano, Napoli and Sicilia), I thought I’d share some of my experiences and encounters with Italian men.

Warning! It should be noted that Italian men are very much aware of how charming a lot of foreign women find them. They take great pride in their Casanova reputation and believe that women find them so utterly irresistible that we will have no qualms about jumping into bed with them immediately.

My background is actually British & Italian. When I was much younger, I was proud of my Italian roots and always thought of Italian men as some kind of  Mediterranean Gods. Nowadays I find the things that they say when trying to approach foreign women all kinds of hilarious. Summarised below are some of the most comical encounters I had with Italian men when I lived in the motherland.

It’s summer 2018. I’m living in Sicily. I’m sitting on platform one of Catania Centrale waiting for the morning train to depart for Syracuse. I am mid-way through wolfing down a chocolate croissant, sporting a chocolate sauce moustache with croissant flakes in my hair, down my shirt, in my eyebrow – croissant flakes pretty much everywhere.

I peer around to make sure that no-one is watching me devour this croissant like an ogre, and notice a Sicilian guy staring at me. Horrified that someone seems so transfixed by my croissant gobbling, I try and make a conscious effort to eat like less of a trollop as I continue.

The next thing I know, this guy has migrated to the spot right beside me and is asking for a cigarette lighter. I replied and told him sorry, but I don’t smoke. Now that he has an “in” to talk to the girl with chocolate all around her mouth (but arguably questionable standards of women!), he tells me that I am beautiful, then asks me “quanti anni ha?” (“how old are you?”). Our conversation follows like this:

Him: *Loud dramatic gasp like when the murderer is revealed at the end of Scooby Doo”

Him: You said that correctly in Italian, yes? You are 28?

Me: Well I don’t think 28 is really that old

At least I could go on to eat my croissant in peace, but honestly probably the most extreme reaction to being 28 that a person could ever encounter. The man could not get away fast enough!

I was living in Naples and decided to treat myself to a few days in Lake Como. Early in the morning, I wandered around the lake to take some photographs and explore Como town before the crowds. When I sat down in a local place to have an early lunch, a Sicilian man plonked down beside me uninvited.

I had my weekend tote bag with me and he asked if I was leaving so soon. I told him that I had to get back to Naples, to which he offered that I could stay with him and that he would even give me a massage, since my bag looked so heavy to carry around! I politely declined, and said I had to leave to get a train soon, to which he exclaimed “but wait!!!! I have oil!!!!” He yelled it plenty loud enough for pretty much everyone in the place to hear him and turn around.

I was living in Napoli, and had been living there for quite some time. Since I worked from home a lot as a Digital Nomad (Italians aren’t really big on the whole “sit down” coffee culture – it’s pretty much chug down your cappuccino while standing and then be off), I ventured out from my apartment lair to go and get some cakes from the local bakery (full on slob status).

As I was strolling along, some middle aged balding Italian man latched on to me, seeming to immediately recognise that I was foreign. He asked the usual “What’s your name? Where are you from?” I just blanked him and stared forward as if he didn’t even exist. Like Bruce Willis’ wife in the sixth sense. This technique usually works in getting men to leave me alone but this dude was persistent.

The older guy had clearly just come back from the supermarket, as he was walking along swinging a bag filled with milk and groceries, a huge french baguette protruding out the end of it. As we walked along the seafront of Chiaia district, he started explaining the sights around me and their history. As I picked up my pace, he picked up his. He was recalling dates and events so well that I thought that I was on a Rick Steves walking tour.

After a few minutes, I abruptly turned around and asked him to leave me alone. He looked shocked, adjusted his glasses and yelled “WELL YOU ARE TOO SMALL ANYWAY”. Excellent.

Before moving to Naples, I spent a few weeks there in 2015 , I went to a lot of Couchsurfing meetings to try and meet locals and expats living in the city. Italian men in general, but especially Neapolitan men, are quite enamoured with foreign women. One guy happened to be at two of the meetings that I went to over the course of a week or so. He stared at me, head in his hands, with little puppy dog eyes as I ate pizza like a barbarian and dribbled melted cheese everywhere.

As my trip came to an end, he asked me if I would like to move in with him rather than go back to England. Keep in mind that I had only met this man twice at this point, and spoken to him briefly in the company of other people.

“I have to go home” I told him

“But I love you!” He returned

#5 Lost in Your Eyes

I’m shopping for groceries in Catania, Sicily. As I stand by the fruit and vegetables examining the quality of the tomatoes, some guy sees me and leans towards within an inch of my face. As I almost give myself whiplash moving my head backwards, he says “wowwww”

I look at him puzzled, and he exclaims “Your eyes! They are so blue! Are they real?”  I respond and tell him that they are. “They so blue like the sea!” he exclaims excitedly. “I want to swim in your eyes, to be lost in your eyes” Umm okay. I back away slowly clutching my tomatoes. “So blue!” he is still muttering.

#6 The Eight Wonders of the World

I am sitting on the bus from Naples to Bacoli – a cute little beach town in southern Italy. The bus drivers are slightly older gentlemen and are in the process of switching shifts. I’m sitting at the front of the bus, and one of the drivers is sitting across the aisle from me. He seems pleasant and chatty, telling me the best places to visit in the area. That is until he tells me that my legs are the eighth wonder of the world and he would like to visit them. Barf.

In Naples and southern Italy especially, you are likely to hear breathy mutterings of “Bellissima” from the men that walk by. It can be a little unnerving and strange. Are you supposed to continue on as if you never heard it? It seems that way, and that these men are purely showing their appreciation for female beauty.

Though admittedly some of the Italian men in these examples were rude a-holes, generally travelling through Italy is something of a confidence boost. It is not usually a creepy, uncomfortable approach from Italian men. Even if the locals do not approach you with a cheesy chat-up line, their comments of “bellissima!” or “Ciao Bella!”, their glances and their prolonged looks are more of a compliment and appreciation for beauty, than anything untoward.

Italian men are known for their strong bonds with their mothers. It doesn’t matter if Giuseppe is 40 years of age, his Mum is still likely to be popping round to his place every couple of days with trays full of home-baked pies and leftover food. Besides, she needs to come to his place regularly so that she can do his laundry!

Italian men are still treated like little darling children by their mothers up until they marry. At that point, it’s most likely you that will be ironing his shirts and picking up his pants. Mamma mia!

Honestly, I notice a lot more approaches from Italian men in the south of Italy compared to say, Milano, Venezia or Firenze. Sure, Italian men have a bit of a reputation everywhere, but the men in southern Italy are much more direct and shameless in their approaches.

There is a significant cultural difference between the north and south of Italy which is important to be aware of. When you venture southwards of Rome, it is almost like being in an entirely different country as compared to being in the north.

Italians are very family orientated and close even with non-immediate members of their extended family. The nice thing about dating Italian men is that they are generally very thoughtful and inclusive.

I dated a Neapolitan man for a while in Naples, and he made great efforts to try and make me feel welcome by introducing me to his friends and family and helping me to feel settled. I don’t believe that he was just an exception.

Are All Italian Men Womanizers?

It’s no secret that Italian men can be flirtatious. I mean, this article is just one example of that! While there are all these theories and statistics about how Italian men are notorious cheats and lotharios, it really does depend on the individual. I have many Italian friends who are in committed relationships, and although obviously I cannot know every minor detail of their situation, I cannot imagine some of these people as the type to cheat.

It’s a shame that negative generalisations and stereotypes like this affect Mediterranean men so much. Is that to say that British men are the perfect partners who never cheat or disrespect their wives and partners? I don’t think so.

Have you had any experience dating Italian men? Any comical encounters with the locals while travelling in Italy? I would love to hear your perspective!