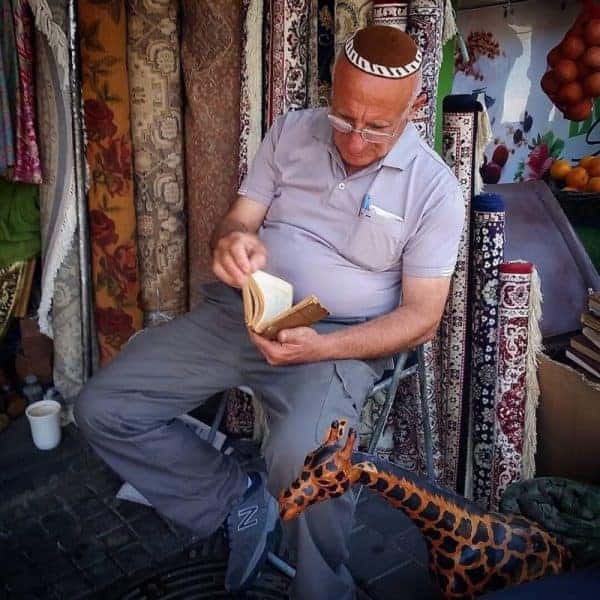 Israel culture and traditions are worth reading up on ahead of your trip to beautiful Israel. This little nation, sandwiched between Jordan, Egypt, and Lebanon has a unique culture.

Israel today is a melting pot of different customs and traditions. A lot of controversy surrounds modern Israel. If you are considering travelling here and embarking on an Israel travel itinerary, you should do so with an open mind.

Israel has been occupied for thousands of years. It was here where many events of the bible took place. Thus making the country a place of immense religious significance.

Israel as it exists today was not a country that went by the name of Israel prior to 1948. Over the last 100+ years, from the pre-state era to post-1948, tens of thousands of Jews immigrated to Israel.

Many of these Jews came from Europe. However others moved from farther afield. Many Israeli Jews grew up in Morocco, Tunisia, Brazil, Ethiopia, and Morocco before relocating to modern Israel.

People of various different religions cohabitate within Israel today. As of 2019, the Israeli population identified themselves as 74.2% Jewish, 17.8% Muslim, 2.0% Christian, and 1.6% Druze.

Other religions, including Bahai, who have a place of worship in Haifa, make up the remaining 4.4%. Despite the fact that so many people with different religious beliefs and values live among each other, Israel is a peaceful place most of the time.

Jerusalem is particularly multicultural. The city is made up of several different quarters.

A Jewish district, A Muslim district, etc. Some of the city’s most notable sites are important to people of various faiths.

For example, the Temple Mount and the Al Aqsa mosque is the third most important site in the world for Muslims. It is also a place of religious significance for Jews and Christians.

The site, with its ornate blue tiles and glistening gold domed roof, is often shown in Israeli travel media, and on news coverage of Jerusalem. Muslims believe that the Prophet Mohammed made his “Night Journey” to the throne of God from here.

Meanwhile, Jews believe that the temple stands on the site where Abraham offered his son Isaac as a sacrifice. There is often a tense atmosphere around many places of religious importance.

Guards and tanks encircle the site of the Temple Mount. It is possible to visit the area on a tour.

However, you must dress conservatively and pass through metal detectors in order to do so. Non Muslims are not permitted to step inside the mosque or by on site during prayer.

It easy to distinguish who belongs to what religion in Israel. It is also easy to determine precisely how religious they are through their attire.

For example, you will note an observant Jewish male by the kip-pah worn on his head, and an ultra-religious Jewish male (Haredi or Chasidic Jews) by their more formal dress. The latter commonly wear black trousers, black coats, and hats.

Hebrew is the National Language

Hebrew is the official language of Israel. It is estimated that there are just 9 million Hebrew speakers across the globe. The majority of these live in Israel.

Modern day Hebrew is a revival of biblical Hebrew, although there are some differences. Biblical Hebrew is referred to in the bible as ehudit or “the language of Judah”.

Hebrew flourished in the years from about 1200 to 586 BCE. It was then revived in the 19th century.

People Are Not Their Governments

The Israel – Palestine discussion is something that draws up a lot of opinions and anger from a lot of different people. Sometimes, people express a lot of hate towards one country or another without fully understanding the situation or listening to everyone’s point of view.

In recent years, Netanyahu’s government has made many questionable moves. Notably, their continued construction and expansion of illegal Israeli settlements within the West Bank.

But remember that people are not their governments. Not every Israel condones or agrees with this. Just like, for instance, not every American was happy with Donald Trump being elected into power.

Keep an open mind when travelling to Israel and the Middle East in general. People are not their governments and we cannot help which countries we are born into.

Many Israelis are Blunt

Israelis are open and friendly but many of the things they say often come across as being overly blunt and honest. People are very direct here and won’t hesitate to approach you or be straight with you if they have an opinion on something – be it positive or negative.

Part of this is due to Israel culture and customs. It is not seen as rude to be direct here as it would be in, say, parts of western Europe.

However, a lot of this Israeli bluntness comes from the Hebrew language. Hebrew, generally, is a lot more direct in its nature.

When this is translated into English, it may seem rude. But it isn’t. It’s just Israelis speaking in the same way as they would in their native tongue.

Israel has less than favourable relations with some of its neighbour countries. This is mostly on account of the issues between Israel and Palestine.

You can cross from Israel into Egypt via the Taba border crossing. This can be found just south of Eilat. There are several places where you can cross the border from Israel to Jordan.

Border guards in Syria and Lebanon may refuse you entry into their countries if you have travelled to Israel. The same is true of several other Middle Eastern nations.

It is for this reason that Israel stopped stamping passports with an Israeli passport stamp. Instead, a slip of paper is handed to you at the airport.

The Middle East is very traditional and conservative. However, Israel has a pretty laid back approach to what constitutes acceptable dress.

Shorts and short-sleeved tops are perfectly fine when you are travelling in the cities and beach areas. The only time that you need to cover up and dress a little more modestly is at religious sites such as churches or the western wall.

It is worth carrying a scarf or pashmina in your bag for visiting mosques, churches, and other places of worship in Israel. If you forget to pack one, you can buy one locally at one of the many beautiful souks and markets.

Weekends in Israel run differently to weekends elsewhere. The Sabbath (“shabbat” in Hebrew) runs from Friday evening through to Saturday evening.

Businesses close on Friday afternoon and do not not open again until Saturday night. Public transport runs on a limited schedule during shabbat and other public/religious holidays.

Many westerners believe unfair stereotypes about women that live in the Middle East. There is often an ignorant assumption that women here are meek, timid and controlled by their male counterparts.

However Israeli women break every such stereotype. From the age of 18, all Israelis, both male and female are obligated to spend 2-3 years in compulsory military service.

Israeli women are strong and independent. The country may be known to have a “macho” culture but Israel is not a patriarchal society. The culture here is very different to that elsewhere in the Middle East.

Soldiers and military checkpoints are not an uncommon sight in Israel. It is an unfortunate consequence of being in a part of the world where tensions are high.

You should keep in mind that you and your belongings may be searched at train stations, bus stations, or busy tourist sites. You may often have to pass through metal detectors before accessing certain museums, religious buildings, or attractions.

This aspect of Israel culture and traditions never feels uncomfortable though. The additional security precautions are there for everyone’s safety.

Many people hear “Israel” and associate the country with conflict. That is unfair.

Life in Israel is normal 99% of the time. In an age of terror, unfortunate events can (and have) happen anywhere.

Do you have any additional questions or thoughts on Israel culture and customs? Are you planning a trip to Israel?

Feel free to reach out to me via the comments below. Safe travels! Melissa xo

4 thoughts on “Israel Culture & Traditions: Things to Know Before You Go”