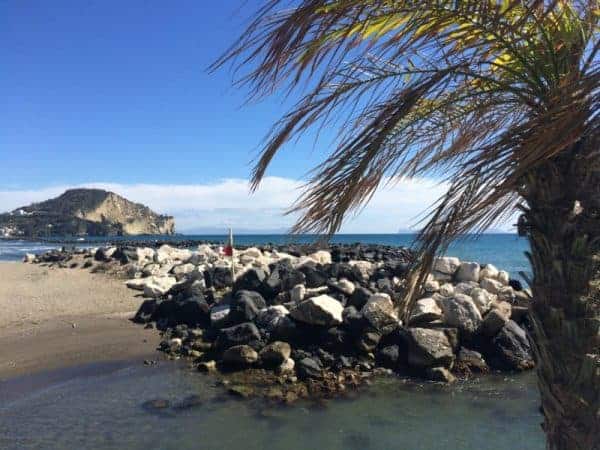 When I first visited Naples a couple of years ago I found myself completely enamored with it – so much so that I decided to move here after leaving Korea. Every week, the tour buses roll into town and the cruise ships dock at the port, each depositing a clan of international tourists, all of whom seem to do the same thing – stick to the centre of the city for a short amount of time, using it as a jumping off point before heading down to the Amalfi Coast. Not only is this edgy, pulsating city filled with far more to see and do than initially meets the eye, there are also plenty of great day trips from Naples that you can take. If you decide to spend a little longer in the Italian Campania region than simply hopping on the first train to see the painted houses of Positano and the scenery of Amalfi, you will be rewarded with equally stunning scenery, cuisine, and nature, without the same masses of tourists. Here are some of the best day trips from Naples. Some of these are must-sees and others are off-the-beaten track hidden gems.

Visit the Island of Procida

A forty minute scenic ferry ride from Naples will transport you to Procida – the smallest and most authentic of the three islands off the Neapolitan coast. Ancient walled towns, painted monasteries, picture perfect houses, and near isolated beaches lay in waiting here to reward you for stepping off the beaten path. The island is so small that you can walk virtually its entire circumference in a day and the restaurants and stores sell wonderful Italian food and produce without the touristic price tag.

For further details, you can find a suggested Procida itinerary here.

Get Some R&R at the Beach Town of Bacoli

When the international tourists are sitting elbow to elbow at the crowded beaches of the Amalfi coast, the locals are enjoying a little slice of tranquility  in Bacoli. Elegant water front restaurants and bars let you enjoy a nice aperol spritz in between your sunning sessions on the sand. Within a short distance from the beach, there are also several beautiful lakes in Bacoli that make for a truly enjoyable scenic walk.

Note: From Napoli Centrale Bus terminal (a short walk from piazza Garibaldi), you can take the bus to Bacoli. Tickets should be purchased at the local kiosk prior to boarding. The journey takes around an hour but is well worth the trip.

Join the Jet-Set in Capri

An island once adored by Roman Emperors, Capri is a much loved favorite among the jet set and the rich and famous today. Admittedly Capri is a little touristy,  but it is quickly forgiven once you glance upon its stunning, rugged coastline, its beautiful little buildings and the equally beautiful people that occupy them. From fascinating history to high-end shopping, whatever your interests, you are certain to find something to satisfy them here.

For further details, you can find a suggested Capri itinerary here.

Get a History Lesson at Pompeii

Take the circumvesuviana from Napoli Centrale to Pompeii Scavii to walk the same cobbled streets that Roman nobles walked thousands of years ago. Considering it is a city destroyed by the catastrophic volcanic eruption that completely wiped out its inhabitants back in 79AD, some parts of the city are extremely well preserved. You should note that many of the precious artifacts uncovered here have been removed from their original locations and are now on display at the Naples archaeological museum.

Soak in the Natural Hot Springs of Ischia

The last of the three islands in the Neapolitan archipelago, Ischia is praised by Italian locals as a result of its natural hot springs and thermal baths which make for the perfect relaxation break, no matter which season you opt to travel during.
Where hundreds of tourists flock to Capri every year, only a small fraction of that number visit Ischia which is a shame as the beaches are significantly better with their soft, inviting golden sands as compared to Capri’s pebble beaches. Ischia is actually the largest of the three (Ischia, Capri and Procida) and home to ancient towns, majestic old castles and stunning nature.

Visitors to Naples may think that the presence of Vesuvius is the area’s biggest danger but actually what few people are aware of is that super volcano Campi Flegrei poses a greater threat. A volcanic area consisting of a whopping 24 craters, if campi flegrei were to erupt, it would cause greater devastation than Yellowstone. The majority of the site lies beneath the sea, but the vulcano solfatera is no doubt the most interesting point with its spectacular fumaroles and mud baths.

Discover the Lost City of Baia

The Las Vegas of the Roman Empire, Baia was once the party town for Emperors, and the rich and famous of ancient times. As the sea level gradually rose, the town was slowly engulfed by the water and now its impressive structures and sculptures lie, wonderfully preserved beneath the sea. Baia is one of the world’s only underwater archaeological parks and it can be marveled at on a glass bottom boat tour, or reached via scuba diving.
What remains of the town is a quaint little area consisting of quiet fishing piers and cocktail bars overlooking the sea.

A beautiful beach town that adjoins Naples, Pozzuoli is the main town of the campi flegrei volcanic region and a great starting point if you plan on visiting the solfatera. Rich in Roman history, Pozzuoli is also home to an incredibly well preserved flavian ampitheatre, and the temple of serapis – a Roman ruin that was previously completely submerged beneath the bay of Naples and only discovered in recent years when the local government went on to drain it. Pozzuoli hosts plentiful dining and nightlife options.

Note: You can access Pozzuoli by taking the Napoli Line 2 metro from Napoli Centrale, or the Circumflegrea rail from Montesanto station.

Learn the Tragic History of Herculaneum

The destruction of Pompeii is the most noted tragedy of the 79AD eruption of Vesuvius, but its demise was accompanied by that of four other Roman settlements, one of which being Herculaneum. The town was much wealthier than Pompeii and is notably better preserved with entire building structures remaining in place. The site is so expansive, there are still sections which have not yet been excavated.

Note: To get to Herculaneum, take the circumvesuviana to Ercolano scavi. From here, it’s just a ten minute walk to the excavation site.

Hike up to the Crater of Vesuvius

For the outdoorsy types, hiking vesuvius offers an interesting insight into Neapolitan history and, not to mention, fabulous views over the bay of Naples. Although it is a little steep on the incline, the entire hike should take no more than thirty minutes in each direction so provided you aren’t horribly out of shape you shouldn’t find it too challenging to reach the summit and take a peak into the fiery crater. The hiking route is clear and well marked so you can easily hike Vesuvius independently, though many organised tours depart for here if you prefer that option. If you want to cut down on your hiking time, you will find that at the bottom of the volcano there are buses which transport you half way up.

Land of sirens, lemon groves and a unique landscape, it’s no surprise that Sorrento is a popular tourist destination.  The majority of the main points of interest are located within the city’s historic centre making it easy to see virtually everything in a day. When you’ve had your fill of ancient cathedrals, beautiful architecture and winding alleyways, head to Marina Grande, Sorrento’s traditional fishing harbor to enjoy your dinner with a sea view.

Note: You can get to Sorrento by taking the Circumvesuviana from Naples Centrale to Sorrento. Double check your train before boarding as some require you to transfer at Torre Annunziata