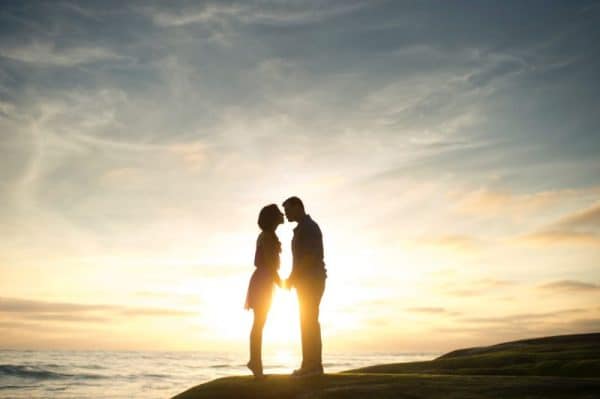 Travel Romance: In an age where we look to Tinder as a matchmaker for a large proportion of our romantic interactions, it can often feel as though romance today is dead. People are overwhelmed with options, unwilling to settle, and everything can seem transient.

So, with that said, if you are lucky enough to find someone that ignites the fire in your heart, that gives you butterflies and makes you smile uncontrollably every time you see them, you should hold on to them right? But what if that person is leaving soon? What If the relationship has an unavoidable expiration date? Should we still allow ourselves to fall?

As we are travelling more and more, and integrating long term travel into being a part of our lives rather than just the traditional two week annual vacation, it’s inevitable that sooner or later we will encounter someone on the road that catches our eye and makes our heart flutter. People seem to disregard travel romances as being unreal flings, but love is love regardless of setting or circumstance.

Related: How travel made me undateable

Several months spent based in Greece saw me fall overwhelmingly and unexpectedly for a handsome Greek Policeman. I didn’t go looking for romance. Hell, I didn’t even want to be involved with anyone since I had many professional and personal goals that I wanted to achieve during this period. It just sort of happened.

It was far from a temporary foreign fling where no feelings are caught and the emotions fade as rapidly as the tan lines; it was the fairy tale relationship that I always dreamed I’d have but which never felt possible in real life. It was dates spent engrossed in such a great conversation that we didn’t notice the bar closing around us until the waitress asked us to leave, it was holding hands and gazing into each others eyes every time our car reached a stop light, it was being with a man who cared for me when I was sick, who told me I was beautiful when I wore no makeup and my un-brushed hair looked like the snakes of medusa, it was someone driving 45 minutes across the city just to bring me my favourite snacks when I was having a bad day.

As my departure from Greece, and my impending flight to the Middle East drew closer, I began to feel anxious about leaving. I had to go since I had already booked several months worth of onward travel, including a “once in a lifetime” trip to Iran. I considered that I would leave and then return to Greece later, but to do so would mean a massive reshuffling of plans and priorities, a large commitment to life in Athens (where I struggled to learn Greek and make friends) and a large amount of pressure to be placed on a new relationship.

After some serious ugly crying sessions sat in my apartment listening to James Blunt, Taylor Swift and anything else I could find that typically makes a person want to slit their wrists, I decided to pull myself together and iterated to myself that I would look at the experience as just one beautiful chapter in the rich and varied book of my life, rather than looking at it as a “what if” or an “if only” situation.

Because when it comes down to it, relationships with expiration dates (“expirationships”) are every bit as beautiful as ever lasting love and long term commitments…

Everything is More Beautiful Through a Temporary Lens

When your time together is limited, you’re committed to making the most of the short period you have. Every conversation, every touch and every kiss is more special because they are in limited supply. There’s no time for arguing, petty disagreements or suspicion, you just want to make every moment count.

Okay so you may never have the opportunity to go riding off into the sunset to live happily ever after with your foreign love, but at least you parted ways while still feeling strongly about each other, and will remember the relationship for all that was beautiful about it. Chances are, you’ll remember the encounter fondly forever. You will never experience any heartaches from infidelity, cultural clashes, or explosive rows. You will only remember the good times. Maybe things would have worked out with my Greek God, or maybe they would have been a great Greek tragedy. We’ll never know. However the memory of saying goodbye at the airport, still very much obsessed with each other is far better than remembering a relationship ending with tears and fighting.

You Lose Some of Your Inhibitions

When your relationship is something of an emotional ticking time bomb, you don’t worry about the silly little things that normally clutter up our dating lives. You know, like “when should I text him?” “Is it too soon to be thinking about X,Y,Z?” You realise that worrying is a wasted effort that eats away at your precious and limited time together and instead you just go with how you are feeling at that moment.

‌It definitely hurts to say goodbye. It hurts to know that there will be a time when you will turn around and they are not sleeping beside you. It hurts to think that there will be a time when you see something that you want to tell them about, but they are not there to tell. Though maybe there is some comfort in knowing that this kind of love is possible, even if in this specific circumstance life had different plans in mind for you and your beau. There is some comfort in being able to look back during your darkest hours and remember that there was someone, somewhere out there in the world that loved you wholeheartedly – at least for a little while.

‌‌For all of those who remain, hopelessly romantic despite the challenges that long term travel presents.