Firstly, let me start by saying that I am just about the World’s biggest ambassador for promoting solo female travel. I have been travelling solo for the past five years and have never let having a vajay-jay stand in the way of my travelling the World.
Having to assert myself in countries where this isn’t necessarily common behavior for women is just a typical part of my day. 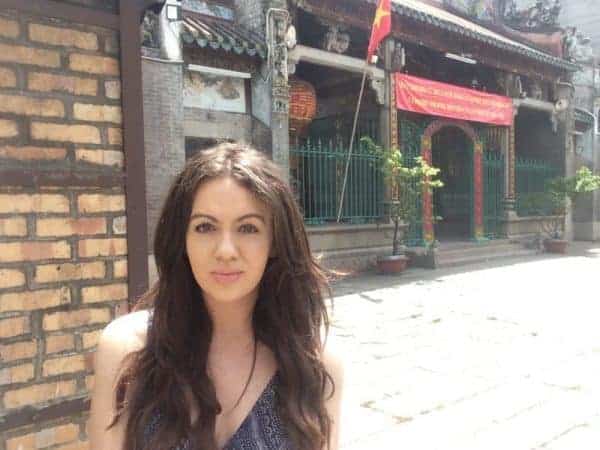 When asked if I have ever had any negative travelling experiences, or felt unsafe, my answer has always been no, and I have assured that travelling strengthens your faith in mankind, which it does, but my recent experience with a cab driver in Vietnam has reaffirmed that sometimes bad things can happen when you travel, and has highlighted the importance of always being vigilant and aware of your surroundings…

I woke up at 3am in Ho Chi Minh City to catch my 5.30am flight to Da Nang, in order to get to my next stop off in Vietnam – Hoi An. I liked the idea of a relaxing retreat in a picture-postcard perfect town. I wanted to get to the airport in plenty of time as my experience with domestic flights in S.E. Asia has not filled me with a lot of confidence. Chaos ensued, and due to the disorganized way the check-in and security processes were managed, I found myself having to sprint to the gate. As I dashed down the broken escalator to board my flight, I hadn’t noticed that some of the bottom steps were missing (!?) so as I tried to make the final few, I lost my footing and my foot hit a sharp piece of metal that was protruding up from the end of the escalator.

Quite frankly I’ve never seen so much blood! Blood was spurting out of my foot like it was the water fountain show at the Vegas Bellagio! I couldn’t bear to risk missing my flight – given how disorganized the whole airport system seemed to be, I didn’t want to seek first aid at the airport and my own kit and bandages were right at the bottom of my backpack.

Thankfully, I was wearing the S.E. Asia cliche Aladdin style trousers, with little elephants on them and a floaty bottom so I bunched up the material, wrapped it tight over my foot and tucked it into my shoe (RIP trousers!).
The flight is surprisingly efficient and fast but for me is spent trying to put pressure on my foot to stop the bleeding (Thank god for all of those action movies I’ve watched teaching you to put pressure on wounds!)  When I arrive I’m able to wrap my foot in bandages and it seems to be doing a little better so I take a cab to my hostel in An Bang.
The driver cannot find my hostel after driving around the streets multiple times. I tell him it’s fine, and that I will try and find the place on foot. It’s around 38 degrees centigrade, and incredibly humid so my search is conducted with a heavy plod as I try to find the place. I show the map and a picture of my hostel to the locals who look at me bewildered – they’ve never heard of this place. 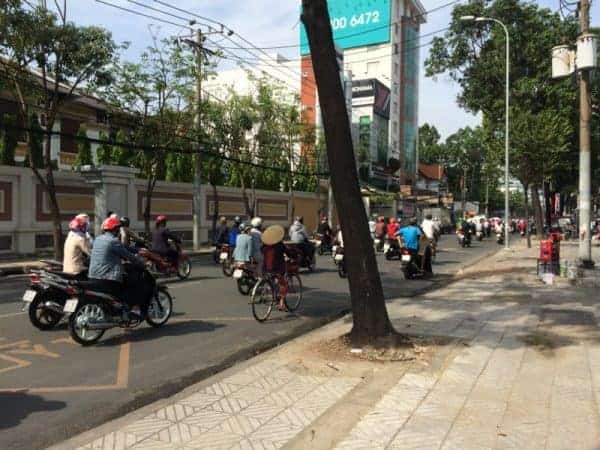 According to my GPS, it isn’t so far away – maybe a 10 minute walk, but the town is comprised of an intricate network of alleys and beach shacks. The road names on my map do not correlate with what I can actually see (since there are no actual road signs!), I keep losing signal and each local I ask points me in a different direction to the last.
I find a cab rank and show my map and a picture of the hostel to the driver.
“Ah yes, yes I know that” he assures me.
I get in, exhausted from the heat and he starts driving towards the place. Phew! I sit back, take a sip of water and slide down into my seat in relief.I notice him approaching the town limits which concerns me, so I ask him again if he knows where he is going.
“Yes of course I do!” he snaps. He speeds right out of An Bang and starts powering down the highway, full steam ahead. Naive, and still assuming he may just not know the way, like Driver 1, I tell him that we should head back but he won’t listen.

To cut a long story short… well, maybe not short, but a little shorter.. after circling the area and accruing a crazy bill after much time arguing with the guy, he stops by a random paddy field and tells me that this is where I’m going. I disagree, since I know my hostel is by the beach. An argument follows and he tries to lock me in.

Since he won’t take me back to An Bang, I feign an agreement and get out with my bags.
Seemingly confident in my stupidity, he takes his time getting out of the car, so I turn and run as fast as is physically possible through the paddy fields with him chasing me.
“You!”
“You!”
He shouts over and over as he begins sprinting after me through the fields.

I do not know if he was simply trying to scam me, or harm me in a more sinister way.
As he comes close and tries to grab me, I keep turning back to whack him away with my selfie stick (Thank God for selfie stick weapons!)
He tries his luck again, telling me to follow him back to the car and the hostel. I pick up my run again – not sure how I managed it in that heat with such a huge backpack – usually I am panting and out of breath just running up my stairs (!) but I run, run and run some more without looking back.
I reach a Vietnamese Man on the outskirts of a farm and try to explain to him what happened but he doesn’t understand. The taxi driver has gone. I feel sick with shock, the wound on my foot has opened up again and I am covered in blood.
I sit by the side of the road and try to get hold of myself. My phone won’t pick up a signal out here but I pull out my map and figure that from here I can walk to Hoi An.

A car pulls up. It’s him.
He’s dedicated, I’ll give him that.
“You!
You!”
He starts yelling at the old Man in Vietnamese. Obviously I have no bloody idea what he is saying, but presumably something about my not paying as the old man now looks disgruntled and they both start coming towards me so off I run again.
“You! You! I call Police. Police arrest you!” The cab driver says.
I was crying, he was laughing, quite frankly it was horrific.

I get to the outskirts of Hoi An with him in tow. I’m sprinting through the alleys turning left, turning right, right, right, left, left, right, to try and lose him.
I spot a small outhouse, enter, and lock myself in amongst the tools. Surely he could not find me now.

Quite frankly I’ve never been so terrified in my life. Maybe I was blowing it all out of proportion, I don’t know, but from the horror stories I’ve heard about scams and corruption in Vietnam, the police can often be as corrupt as the locals. I was convinced that they would side with his argument – that I had just bailed out of his cab without paying, over mine.
I wondered if they were really looking for me and if he had really called them.
I wondered how persistent this guy was, and how long he would spend looking for me.

Two hours I waited in there afraid to come out in case he was prowling around. I was pretty much hysterical.
I realize it maybe sounds a little ridiculous now – but you know when you really start blowing things out of proportion and envisaging situations that will probably never happen? Well that was me in that moment. In my head, I was going to get dragged out by the police, then they wouldn’t let me call the embassy or my parents and I’d be in a Vietnamese jail for weeks teaching the other Women to sing “like a Virgin” like in Bridget Jones 2.

After a few hours, I figured it was safe to leave, ran into Hoi An centre and burst through the doors of a luxury hotel crying and covered in blood. I’m sure I looked quite a sight.
I was thankfully met by a concerned American couple and the cheeriest front desk clerk I’ve ever seen, who all helped me call a cab back to An Bang.

This article isn’t intended to scare monger, just to share my experience and the importance of always staying vigilant.
I am always aware of my surroundings when I travel – this was the middle of the day, I was not drunk, I had taken a reputable cab brand, but sometimes bad things do happen, and I am sure a young Woman alone seemed such an easy target.

It’s not specific to Vietnam – I am sure that I could just have easily have encountered a creepy cabbie at home in the UK, though it has bought it home to me that, as much as I think of myself as an independent woman, some places are safer than others, and some places are just easier to travel as part of a group.

Have you been unfortunate enough to have any scary encounters when travelling? Have you came across any scams in Vietnam?