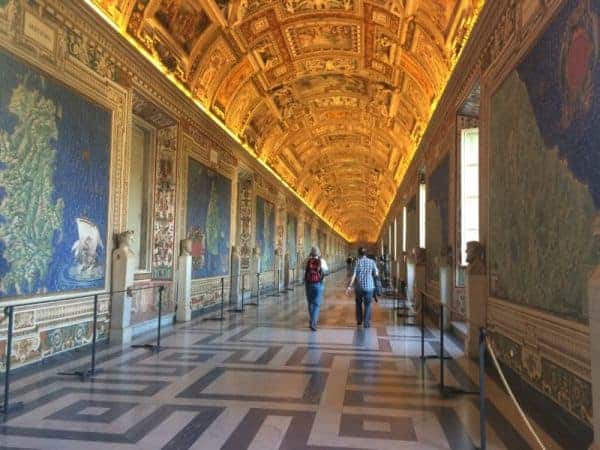 Nestled among the crowded pizzerias, the crumbling ruins and the picturesque piazzas of the Italian capital awaits the World’s smallest city and independent country: The Vatican. Home to the oldest and largest church in the World, a Vatican City tour should rank highly on any visitor to Rome’s “must see” list.

Whilst traveling through Rome this week, I had the pleasure of joining The Roman Guy’s ‘privileged entry Vatican Tour’. I’m not typically a fan of tours, usually preferring to explore independently, however visiting the Vatican is an instance where I would not only recommend a tour but believe it as being completely necessary in order to fully enjoy the experience.

I was in Rome because my Mum was visiting me in Naples and I wanted to show her around the highlights of Italy.

The Perks of Taking a Vatican Tour

General admission to the Vatican begins at 9 am, for which the tourist hoards were gathering, but our privileged entrance Vatican tour allowed us in at 8 am, making us the first few people inside.

Though I of course appreciated our “skip the line” status as we were the very first to be let inside and the guard roped off the entrance behind us making us feel like VIPs at a red carpet event, I was even more thankful as the day progressed and being on a tour meant that we were given privileged access to every building and exhibit.

Over 20,000 people a day visit the Vatican so you can picture the horror of the lines to get inside. When I left in the mid-morning, the line was snaked all the way around the Vatican wall, extending down numerous roads, and consisting of hundreds of frustrated looking tourists fanning themselves with their maps in the humidity and fending off toots trying to pitch their tourist tat. No doubt this was a multiple-hour queue, but little did these people know that once inside, they would be met with yet further queues to enter the various buildings within the Vatican.

The Roman Guy’s Vatican City tour begins in the stunning galleries of The Vatican Museums. From carefully illustrated maps depicting every region of Italy, to Roman sculptures and rich tapestries, there are beautiful works every which way.

Our tour guide, a lovely Italian local born and raised in the City of Rome was able to provide us with history and information on the works around us that we otherwise would not have known were we exploring alone.

I have never really considered myself a fan of art, but the frescoes of Michelangelo and Raphael were stunning and the ceiling of the Sistine Chapel, which took Michelangelo four years to complete and left him almost blind is truly one of the most beautiful masterpieces ever created by mankind. Unfortunately, photography was not permitted in The Sistine Chapel so I guess you’ll just have to go and check out these works of art for yourself… 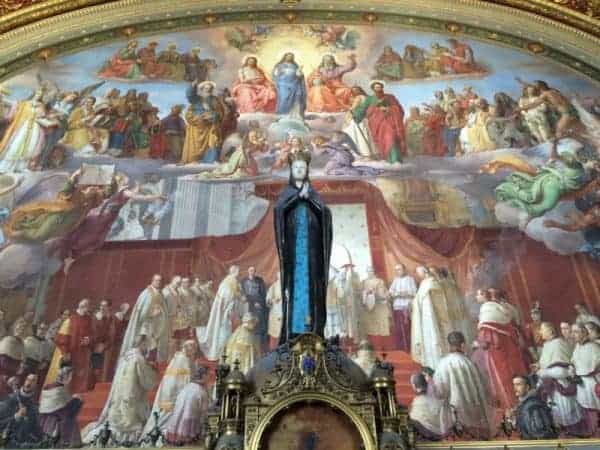 From the Sistine Chapel, we had a little longer to explore the Vatican museums before skipping the lines once again and entering St Peter’s Basilica. This impressive Catholic Church took over 120 years to build, and it’s construction outlasted 20 popes! The works of the most famous Renaissance artists can be found inside, and here you can view Michelangelo’s first attempt at sculpting.

Lasting three and a half hours, this Vatican City tour was the perfect length of time for me, as it allowed plenty of opportunities to stop and appreciate the various works on display, and the time spent walking made me feel a little better about the copious amounts of pasta I’ve been gorging myself on since arriving back in Italy. If you’re a little short for time, or you’re traveling with young children, The Roman Guy also offer an “express privileged entrance Vatican tour” which takes just two hours.

Have you been on a Vatican City Tour? What did you think?

Suitable For: Anyone! Whether visiting Rome with a baby, solo, or as a family unit.

Disclaimer: As always, High Heels & A Backpack believes in full transparency when it comes to writing about products and services. I was a guest of The Roman Guy on this tour, however, I would never recommend something that I wouldn’t willingly pay for myself.