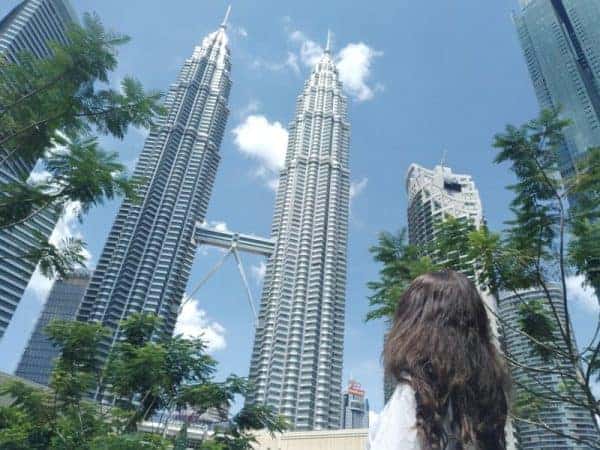 The Malaysian capital of Kuala Lumpur is a popular starting point for adventures around Malaysia or wider Southeast Asia. The country is renowned globally for its tantalizing, flavourful food, its diverse multiculturalism, and its bustling markets.

Though there are enough things to do in Kuala Lumpur to keep you occupied for months on end, many visitors to the Malay capital typically restrict themselves to hopping from one Kuala Lumpur tourist attraction to another. Perhaps they start out by to the Petronas towers for an obligatory selfie in front of them, then they venture on to Batu Caves or Cameron Highlands for a day to get outside the city limits. After this, they consider that they have seen Kuala Lumpur through the eyes of a local which isn’t the case at all. This article discusses some of the best off the beaten path things to do in Kuala Lumpur during your Kuala Lumpur itinerary to have you feeling like a true Malaysian.

Istana Budaya is Malaysia’s national theater. From the outside, it looks similar to the Sydney Opera House in its architecture and possesses a design that seems to mirror the appearance of boat sails. In fact, designed by local architect Muhammad Kamar Ya’akub, Istana Budaya is supposed to look like a folded origami piece.

Istana Budaya hosts a diverse range of enchanting performances each week – from ballet, to opera and local and international music performances. Tickets to attend shows here can be purchased without breaking the bank and so for the opportunity to rub shoulders with the locals and get a real taster for what Malaysians enjoy doing in their free time, check out a Malaysian dance or musical performance here while you are in town. You never know, you may be completely mesmerised by the Malaysian rhythms and leave with new music ideas for your playlist!

A great way to gain an insight into a country’s culture is through its food. Though there are several central food markets scattered around Kuala Lumpur, many of them cater predominantly to tourists – locals never tread their paths and so the atmosphere is not all that authentic. For eager foodie travelers wanting to go right off the beaten path, Taman Connaught night market occurs every wednesday and is an extremely popular place among locals. Order up a steaming plate of laksa or char kuey teow and practice your haggling skills while rummaging for bargains among the clothing and accessory stalls.

Though an end of the day tipple is appreciated wherever you go after a long day’s exploring and sightseeing, some atmospheres are better than others. For the quirky, eccentric and the often downright strange, Kuala Lumpur has a great speakeasy bar scene. Among the best to add to your list is Three x Co – a speakeasy that transports you back in time with its Great Gatsby style decor. Consider also stopping by Private Room – an underground bar that is hidden by a nondescript looking yellow door with no indication as to what is inside. Alternatively, whiskey aficionados can try out the 61 Monarchy bar.

My personal favourite though? A spot in Chinatown called “The Deceased”. I know what you’re thinking and yes, it is every bit as dark and spooky as the name suggests! Situated behind a locked, worn out door close to Petaling Jaya, a passcode is required to enter the building. Once the door creaks open, the entryway is reminiscent of something from a horror movie – eerie music and scratching, screeching sound effects echo along the staircase. Strange mannequins, blood splattered walls and shrines for the dead lead you towards the bar entrance. The bar serves an array of delicious cocktails each of which is based on an Oriental ghost story and served with some kind of prop or gimmick.

It’s no secret that Malaysia is a melting pot of cultures and religions. Here, the ornate minarets of mosques tower high above the skyline as their calls to prayer echo through the city. At the same time, beautiful Hindu and Buddhist temples are scattered around the streets. What the passing visitor may not realise is that Kuala Lumpur is home to a huge Indian community.

Brickfields is the heart of Kuala Lumpur’s Little India and the stores, restaurants and tearooms here are all owned and managed by Malaysia’s Indian community. It may come as no surprise then, that strolling the streets of Brickfields is like being placed in the middle of Mumbai or Delhi. Stop by this neighbourhood to enjoy a hot refreshing cup of Indian chai tea, and put your taste buds to the test with spicy traditional delicacies.

Close to Kuala Lumpur’s busy Petaling street, Guan Di Temple in Chinatown is one of the city’s oldest and most impressive Taoist temples. It is a very active site and it is not uncommon to see Chinese worshippers lighting incense here and chanting prayers beneath the huge Guan Dao (a Chinese weapon) that stands at the forefront of the temple. It is believed that visiting the temple and touching the giant weapon will bless you and that the weapon even has the ability to turn around a streak of bad luck in your life.

The atmosphere here amongst the prayer-goers can turn even the biggest skeptics into believers. Guan Di Temple was built in of General Kwan (also known as Guan Di hence the name). General Kwan was considered as the “God of War” among the Chinese.

Watch the Locals at Chow Kit

Taman Connaught night market may be the place to venture to if you wish to sample the local delicacies and street food eats, but for people watching then Chow Kit is the place to be. Chow Kit is the largest wet market in Malaysia and locals come here to purchase their produce for cooking. The covered stalls are a sight to behold in themselves – with fish markets boasting a diverse range of weird and wonderful looking creatures from the deep, meat stalls where butchers haggle with price conscious locals and fruit and vegetable stalls where items are available in bulk quantities. Chow Kit is centered in an Indonesian residential area and is just over a mile’s walk from the infamous Petronas towers.

Feel Rejuvenated at a Hammam

Sometimes when you are traveling you long for a little rest and relaxation. The Hammam in Kuala Lumpur is the perfect place to find that. A hammam is a Middle Eastern style bathhouse where you can enjoy body scrubs, saunas, soaks in thermal pools and an array of other treatments. When The Hammam in Kuala Lumpur opened, it was the first of its kind in South East Asia and it has since gained a reputation as being one of the best beauty spots in town.

Looking for accommodation inspiration? Take a look at this guide to the best hotels in Kuala Lumpur.