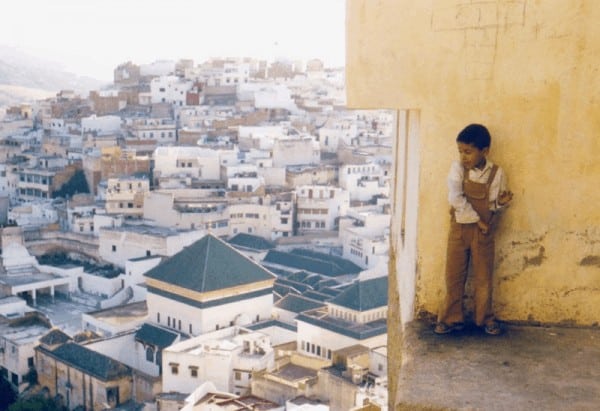 Things to do in Fes, Morocco

Comprised of an intricate network of over ten thousand mysterious and seemingly blind alleyways that house bustling souks and open out into paradisaical squares, the ancient city of Fes is awarded the honour of being considered Morocco’s cultural capital.

The crumbling, ancient walls and elaborately decorated Medina entrances that encapsulate the city make stepping into its grasp feel like stepping back in time. Some may believe that Fes plays second fiddle to Marrakesh, but if you believe that then I genuinely feel that you simply haven’t done Fes right and allowed the city the time, attention, or open mindedness that it deserves. This was my favourite city in Morocco and I hope that you will discover its charms too.

Fes can be a little hard to navigate; the aforementioned alleys can make the city feel like a labyrinth at times so an affordable local guide can help you to discover the city’s most fascinating attractions. While in Fes you shouldn’t miss…

Hold your noses! A concerned local handed me a sprig of mint leaves to hold up to my nose while exploring this areas for which I am eternally grateful (why he conveniently had those in hand I’ll probably never know!). The tanneries in Fes are some of the largest in the country and as you look out onto the activity, you will see tanners dipping hides into large, vibrantly coloured pools of rich reds and deep blues – a formula that predominantly consists of cow urine (lovely!). After the tour is over, haggle with the local vendors to buy luxury, handmade leather goods that have been prepared on site.

Haggle Your Way Through the Medinas

Shuffling to one side as donkey carts occupy the narrow pathways transporting goods from one side of the city to another, simply browsing these marketplaces is a fascinating adventure in itself.

Severed camel heads affixed to shop ceilings swing in the breeze, but thankfully the smell of freshly baked bread dances through the air to create a more pleasing atmosphere. Fes was once situated on the old camel caravan trader spice route and many of the artisinal products and handicrafts that the city’s residents specialised in producing back then are still loving made and available for purchase today. If textiles are your thing, you won’t have to look far before you uncover merchants selling fabulous Arabian rugs and dazzlingly beautiful scarves. Cooking aficionados can negotiate themselves a good deal at one of the many spice markets. (Read: 10 Steps to Haggling Successfully) 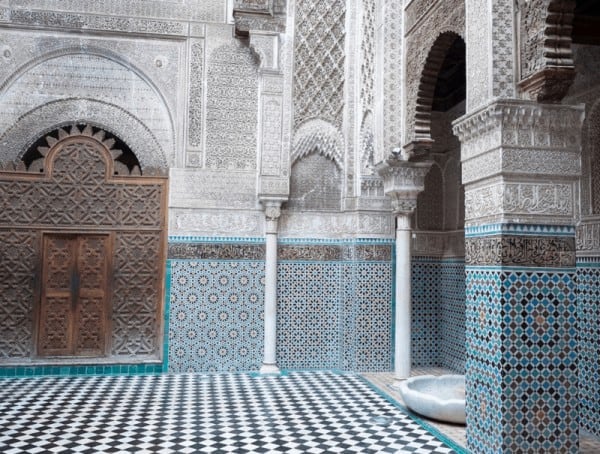 Fes (and Morocco in general) is home to several elaborately decorated Islamic structures and mosques, all incredibly intricate in their design and awash with the stunning traditional blue that is present in much Islamic architecture. The beauty of Medersa Bou Inania in particular is that it is one of the only such buildings that non Muslims are permitted to enter so it should certainly be high on your list.

There are numerous beautiful structures scattered throughout Fes. Unfortunately, non Muslims are not permitted to go inside a lot of them, however it is still worth venturing to the sites in order to admire the architecture and the courtyards from the outside.  Don’t miss the Kairaouine Mosque, one of the largest on the African continent and home to what is believed to be the world’s oldest university or the stunning Medersa-el-Attarine. The Dar el Makhzen or the Royal Palace of Fes is surrounded by towering, boldly decorated palace walls however the site is unfortunately not open to the public.

A short drive from Fes awaits the picturesque, white-washed hilltop town of Moulay Idriss. This small town is not a popular stopping point on the routes of most international travellers and for venturing here you are rewarded with authenticity and scenes of traditional Moroccan life.

Moulay Idriss is home to Morocco’s moussem, a summer celebration that people from all corners of the country flock to and is essentially a Morrocan alternative to Mecca. An ascending pathway consisting of what felt like one million (but was perhaps closer to one thousand!) steps leads to the highest point of the city and offers breathtaking panoramas of the town below, and the Moroccan countryside in the distance.

Become a Historian at Volubilis 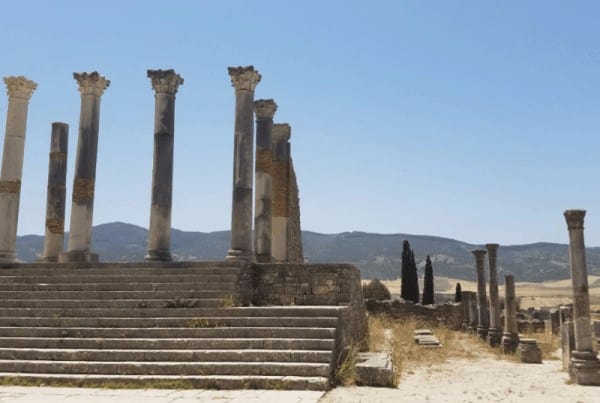 A convenient pairing with Moulay Idriss, Volubilis is an ancient Roman town that was considered an important trading post in the Roman era (who knew the Romans came out this far?!). The ruins are fairly well preserved and showcase some incredible mosaics. From Moulay Idriss to Volubilis (and vice versa), it’s just a short 10 minute drive.

Admire the Beauty of the Jhan Sbil Gardens

Providing a distinct contrast to the overcrowded, bustling streets of old town Fes that surround them, the Jhan Sbil gardens have acted as a peaceful oasis in the Moroccan culture capital for over 1,000 years!  A nice place to take a much needed break from the hustle and bustle before getting back into it, why not enjoy a cup of Moroccan mint tea at one of the nearby cafes before taking a stroll through the Botanical gardens?

Traditional Moroccan guesthouses known as “Riads” offer you all of the comforts of a typical hotel, while still offering a more “local” experience. Beautifully decorated, Arabian style guestrooms are centred around a courtyard or a garden in the centre. Riads are usually run by local families and enable you to try delicious, homemade Moroccan cuisine. Browse for Riads and other accommodation in Fes here. 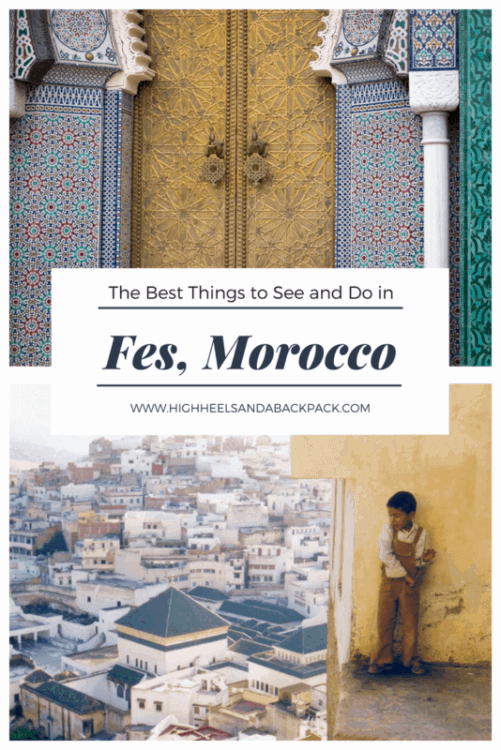 Disclaimer: High Heels & a Backpack occasionally uses affiliate links around this site. That means that if you choose to make a purchase via the sites, I obtain a small % of commission at no additional cost to you. I only work with brands and Travel Companies that I personally use and this aids me in the running of this site and in continuing to provide you with useful travel advice and resources.

6 thoughts on “Exploring Morocco: Things to Do in Fes”