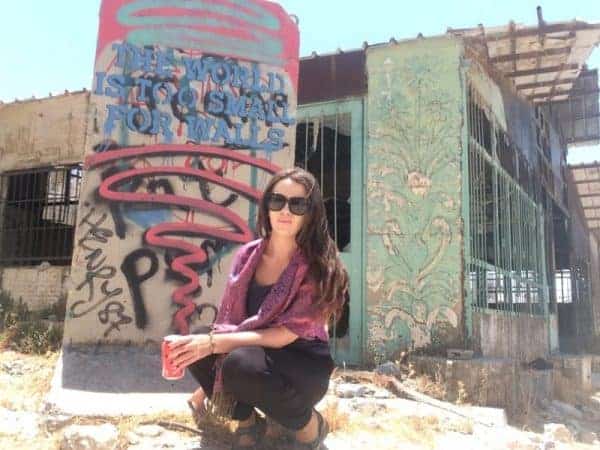 There’s no denying the fact that solo female travel is becoming a more and more common thing. Every time I look at Instagram, my feed seems to be filled with picture after picture of beautiful women in floppy canvas hats posing in quirky bikinis as they hold up ice cream cones with perfectly manicured hands on a deserted beach somewhere.

I’m thrilled. Really I am. When I started travelling solo in 2011, the concept of a solo female adventurer was still relatively unheard of. Most people thought I was bonkers and assumed the experience would be ‘scary’.

I am happy to see that my sisters around the globe are feeling a sense of wanderlust and have the confidence to go out there and travel independently but just because solo female travel is becoming more common, that doesn’t mean that this is an easy endeavor for women. Not only do we have to be more cautious when travelling, we also have to handle the stereotypes and preconceived notions of women that travel alone back home too. Here’s why it is still a big deal, and why solo female adventurers are an inspirational breed.

We Have To Defend Our Life Decisions More Fiercely

Quitting your job to travel the world in your early twenties? Excellent. Do it while you can girl! Carrying out the same decision in your late twenties/early thirties? Oooh. Don’t you think that you ought to start thinking about settling down?

There really isn’t any denying the fact that people still hold traditional societal expectations as to the way a person should lead their lives. Essentially everyone feels the pressure to an extent, however more flexibility is granted to men. We only have to look at the fact that a single man in his late thirties is considered a “Bachelor” whereas a single woman of equal age is looked upon as a “Spinster” to know that rings true.

Women in their late twenties and thirties who have chosen travel over the conventional marriage, home with a white picket fence and children are looked to as running away from something, having an identity crisis, or not acting their age. Men of equal age following the same lifestyle? Well that’s just boys being boys isn’t it?

We Are Often Under-Estimated

The google memo, the gender pay gap, the “grab them by the p*ssy” statement by a world leader. Do you need any more examples? Women are often underestimated in many aspects of life and that isn’t purely restricted to travel. For instance, women in the USA on average, earn 80% of the salary of their coworkers, women’s sports are still mocked, and people still refer to doing things feverishly as doing them “like a girl”. Women traveling solo and absolutely dominating social media in doing so is yet one more step towards proving that we are just as brave, tough, and self-sufficient as men.

We Have to Constantly Dispel Stereotypes

Traveling solo as a woman means occasionally having to assert ourselves in parts of the world where this isn’t common behavior. When I lived alone in Seoul, old Korean men would approach me constantly because they thought I was a Russian prostitute. It didn’t matter where I was or what I was wearing, these guys literally couldn’t understand why else a woman would be there alone. In the Middle East, men heckled me because they assumed that western women were promiscuous, and in Africa, an old Nigerian man told me he’d pray for me to find a good man, since it was so alarming to him that I was alone and boyfriendless when I should be starting a family.

We complain about gender equality in the west, however as we travel around the world, we realise that many nations are even further behind in this battle. Handling negative assumptions in the correct manner not only teaches the individuals involved in the situation a lesson, but also steers the world just a little bit further in the right direction as to how women should be seen.

We Have to Take More Precautions Towards Our Safety

Travel can be challenging for both sexes – both males and females will feel intimidated when alone in unfamiliar territory and battling language barriers and subway maps in undecipherable foreign characters, but women have an additional set of concerns related to their own personal safety.

My male traveler peers have shared their fascinating stories of being invited into the homes of locals for dinner, and couchsurfing with fascinating people. I have some of these experiences also, but I have to be much more cautious and I have to deal with the very real (though not commonly talked about) risk of assault. I was once groped walking down a main street in broad daylight in Jerusalem. I wasn’t asking for it, I wasn’t provocative. I was just an easy target.

We are Sending a Powerful Message

The women that our little girls look up to and aspire to be shouldn’t be the impossibly perfect airbrushed beauties that you see in girly mags and on billboards, they should be real women – women who aren’t afraid to drive a car through foreign lands alone, women who jump at the opportunity to get up at the crack of dawn to hike to a beautiful sunrise, women who value their experiences and dreams more than they value the validation of their appearance from men. 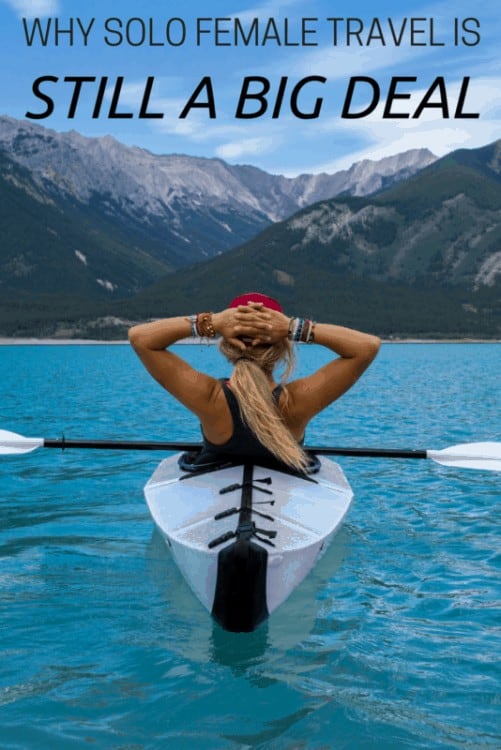