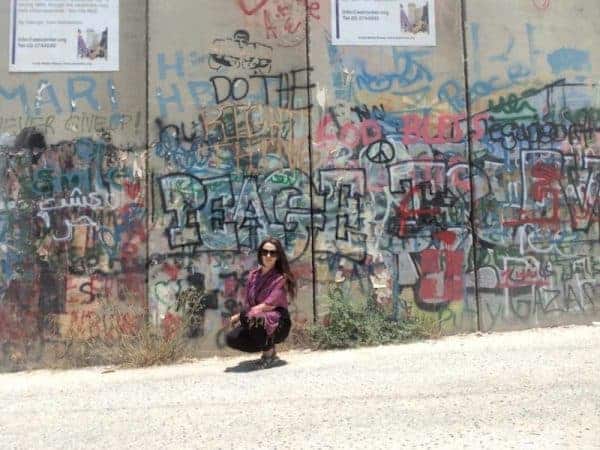 Is it safe to travel to the Middle East? Judging by people’s apprehension about venturing into the region, you may assume not. The sheer mention of travelling to the Middle East can cause people to gasp and recoil in horror. There is just something about this sprawling mass on the world map that makes many people feel uneasy.

The Middle East is a Diverse Region

The stereotypes of countries in the Middle East seem to fall into one of two categories – either war-torn and inaccessible, or grandiose and extravagant. The reality is that the Middle East is an expansive region, and no two cultures within this part of the world are the same as each other. Grouping them all together as the same would be just as foolish as stating that Italy and the UK are the same because they both exist in Europe.

The reality is that the Middle East is home to a diverse mix of fascinating cultures – from the breathtaking natural landscapes of Oman, to the glittering Qatari capital of Doha.

Venturing into the Middle East for the First Time

My first trip to the Middle East was actually my first trip independent of my parents. It was 2009, I was just 19 and my then boyfriend and I saved up for months so that we could backpack through Egypt and Morocco. I suppose being young and naive at the time worked in our favor somewhat: we hadn’t heard of the terror concerns about the region or the political instability and general assumption of “danger” that puts so many people off going.

We flew into Luxor and spent a few days in the Egyptian capital before taking the sleeper train northwards to Cairo and Alexandria, then travelling across to Morocco and doing a loop from Casablanca, through Rabat, Meknes, Fes, Moulay Idriss, and Marrakech.

We had a wonderful time, perhaps the only irritation being overzealous sales people trying to pressure us into buying their wares but certainly nothing sinister. The advantage of our naivety was that we simply weren’t aware of the concerns that surround the region; we hadn’t been put off by what the media depicted of these areas because we simply hadn’t seen it.

Don’t Believe Everything You Read in the Media

As the threat of terror increases globally, people have become ever more wary about travelling in the Middle East. When I announced to friends and family earlier in the year that I would be returning to the region on a solo trip through Jordan, Israel, Palestine, and Egypt, they looked at me like I was insane. In their minds, these countries were risky enough as it was, let alone as a single woman. My Middle Eastern trip all those years ago was a very fond memory that I held dear. The food had been incredible, the history was fascinating, and the people warm and welcoming. I could not identify with the concerns of those around me in the slightest. Unfortunately, the Arab Spring is still fresh in everyone’s minds and the violent memories of riots and protests dancing across our TV screens are hard to shake.

July approached and I started my trip by travelling through Israel (a country fairly liberal in comparison to those that neighbour it), and crossed the border into Palestine’s West Bank. As I explored Bethlehem alone, locals were coming out of their stores and homes to thank me for visiting their country and to point me in the direction of interesting things to see. When I walked into a locally adored falafel restaurant, the owner insisted that I ate for free, and sat with me telling me about life in his country.

In Jordan, I explored crumbling ruins and ancient citadels and was often the only person at the sites. Of course, I dressed and acted respectfully, but I never felt unsafe because I was a woman or a westerner. A terrorist attack in Jordan back in December last year has seen the number of tourists to the region decline drastically, but the Jordanian people continued to set up their stalls at tourist sites every day in hope of visitors, something which I found almost heartbreaking to see their positivity and resilience in spite of the hardships they faced.

The image that the media depicts certainly does not show the best side of the Middle East and more often than not, it does not accurately represent what the situation is like on the ground.  Essentially, if it bleeds it leads meaning that stories of death, conflict, and scandal are those that make the headlines whereas tales of travellers having a fabulous, culturally rich time and meeting inspiring locals do not. Sensational news sells. Unfortunately, one by-product of this is that people then deem these locations as off-limits, and it damages the reputation of these countries. Sadly there is little that the local tourism boards can do to correct these images once people have them in their minds so many people avoid travelling to the region.

There are of course some additional aspects that you need to take into consideration when travelling in this part of the world – dress is much more conservative (particularly for women and if you are considering a trip to Iran, Oman, Bahrain or Qatar), behaviours that are considered normal in the west are inappropriate here, and if you are travelling as a solo female then you may have to assert yourself more than you typically do overseas with over-friendly males, or people thinking that they can trick you out of some money while haggling but overall, the Middle East is one of my favourite travel destinations.

Middle Eastern hospitality is a real thing, and now more than ever, the locals love to see tourists in their countries. If you have an open mind, and a passion for history, exotic foods and culture, I am sure that you will love travelling in this part of the world. Since I received an Israel stamp in my passport while crossing the land border between Israel and Jordan, there are now several Arabic countries I’m banned from entering (!) but I’m currently in the process of waiting for a new passport, and then an Iranian visa so that I can return to the Middle East and visit Iran and Lebanon at the end of the year. If I feel comfortable in this region as a 5”1 solo white girl, I’m sure that you will too.


This article was originally written for, and published on The Huffington Post
It cannot be republished in any form without express permission to do so.

Disclaimer: High Heels & a Backpack occasionally uses affiliate links around this site. That means that if you choose to make a purchase via the sites, I obtain a small % of commission at no additional cost to you. I only work with brands and Travel Companies that I personally use and this aids me in the running of this site and in continuing to provide you with useful travel advice and resources.

2 thoughts on “Is it Safe to Travel to the Middle East?”