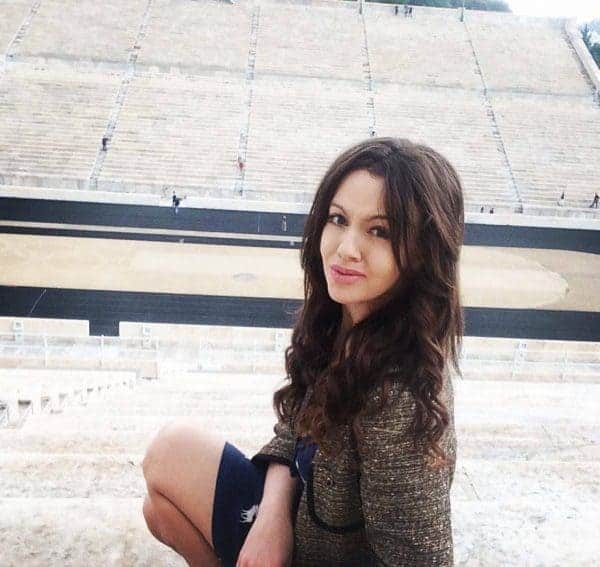 I love to see the discussions that my writing sparks and witness the sharing of stories and experiences between readers to offer each other support and encouragement for their world adventures. It is exactly why I wanted to become a Travel Writer and Blogger. I have made so many great connections through the travel industry that I’m thankful for.

That said, as my cursor loiters over the “publish” button of a new article, I can almost hear the drooling, slobbering, bated breath of trolls in the distance, waiting to slither out of the deepest, darkest depths of the internet armed with online anonymity and a keyboard. If only we could engage face to face, I would tell them to sit down, grab a cup of tea and tell Auntie Mel what’s up with their lives that causes them to feel the need to trawl the internet sharing hate. This year I’ve had people set up blog sites dedicated to mocking me (seriously), hundreds of abusive Twitter trolls, and fake social media profiles of people pretending to be me. Living the dream, eh?

So then, let me say this: If you find yourselves bubbling with inexplicable rage at my articles, you feel like the vein in your forehead is going to explode because I’ve used an offensive, unforgivable Pink font, or you think you may have an aneurysm over my frivolous use of passive tense, I think that you may have some issues that need to be ironed out.

To most logical people, if you don’t like a Travel Blogger, and you find their writing irritating or obsolete, then you simply unsubscribe, have a glass of wine, and move on with your life. Trolls don’t do that though. I’ve noticed that these people will invest a significant amount of their time into tracking down every social media profile I have and telling me precisely how much they hate me via each one, just to be sure I get the message. The irony of that to me is that I clearly must be somewhat important, considering the amount of time invested – no?

When I first started being harassed by trolls, I was quite stunned, but I’ve come to realise that you could be the most vanilla person out there, there’s always someone that is going to hate what you do, and there are always going to be bullies. For my own mental sanity, I don’t go trawling through the comments sections of my articles anymore, but I do keep a note of the particularly outrageous or amusing comments and I can tell you this much: There are some strange people in this world y’all. When I look back at them later, I don’t get upset, I laugh – because honestly some of these comments are just ludicrous. So here we go, ten of my favorites that I’ve been storing in my repertoire all year,

#1: Being trolled on Twitter after my article “I’m Not a Prostitute. I’m a Solo Female Traveler!” went viral on The Huffington Post.

“HAHAHAHA I WOULD MUCH RATHER BE A PROSTITUTE THAN A DIRTY STINKY TRAVEL WRITER THAT DOESN’T WASH.”

Ah yep. You nailed it in one. Actually, a prerequisite of this job is filth. We have a motto you see and that is “the dirtier the better”. We believe that smearing ourselves in mud and maintaining a constant “stale sweat” scent is the best way to project an image of the rugged intrepid adventurer. The grit under our fingernails, our unshaven pits. It makes a gal feel like a modern day Christopher Colombo.

#2: Response to “7 Reasons Japan is Perfect For Solo Female Travelers” for The Huffington Post.

“This article is sexist and if it was about solo MALE travelers then it wouldn’t be allowed. Men can get raped too.”

Oh LAWD. I don’t even know where to begin with this. I’m still perplexed by it. I would liken it to a straight man crashing a gay pride parade and protesting that he has issues too and needs attention. I don’t doubt that solo travel has its challenges for everyone. I have a lot of male friends that travel solo too and of course, they are also concerned about safety matters. However I don’t write from the perspective of a solo male traveler, my writing is from that of a solo female since, you know, I’m a girl and all 🙂 I think one powerful and relevant thing I’ve learned this year is this: You can’t fix stupid. 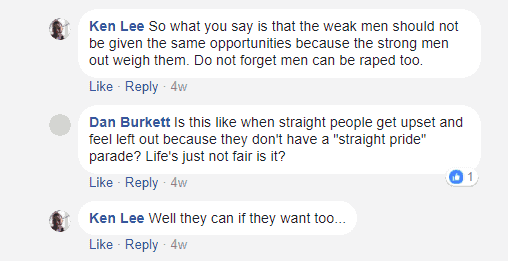 #3: A ridiculous email I received after temporarily setting my Twitter to private following a barrage of Troll messages and thinking to myself “F**k this noise!”

“Hello, I am one of the girls that you blocked on Twitter for no reason.
I have reported you because you have a verified profile and you’ve set it to private and that is illegal according to Twitter rules so they will remove your blue tick”

#4 Email response to my article “7 Reasons Japan is Perfect For Solo Female Travelers” for The Huffington Post.

“It’s worrying and strange to me that the photo for this article seems to be of a woman’s backside. It doesn’t seem to fit with the topic of solo female travel.”

HOLD UP A SECOND. I’m not sure entirely what this lady was accusing me of. For your reference, I’ve included the ghastly, distasteful offending photo below. I thought it was nice and poetic you know – a Geisha staring pensively into the distance, a beautiful setting reflective of traditional Japanese culture… then she had to go ahead and make it all smutty. Since she called me out, I may as well just admit it outright – the fact is, I’m a predatory lesbian Travel Blogger and my sole purpose of documenting my travels around the globe is to take snaps of local women’s derrieres while pretending it’s my profession because #DATASS. 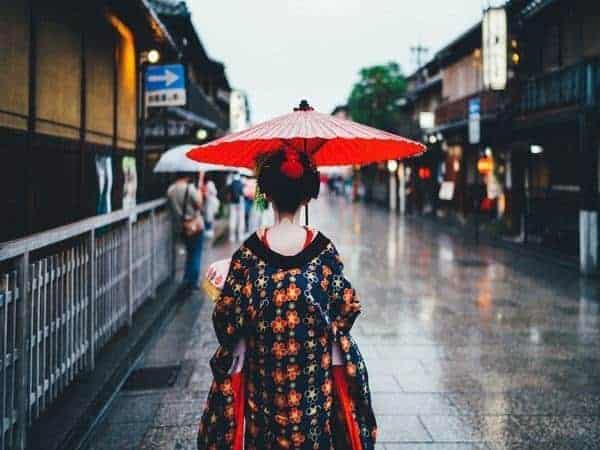 #5 Response to my article “Yes You Can (and Should!) Travel to Palestine.

“You are stupid. Women should not be in the Middle East unsupervised. You will get murdered or get your head chopped off or even worse”

“Even worse” than getting my head chopped off? I’m so curious about what falls into that category and if I hold any regrets in life, it’s not asking that guy to more clearly specify what precisely he meant at that time. You’re right though. I am a delicate flower. I couldn’t possibly go around unprotected without a man to… oh wait! It’s not 1957 any more!

#6: Dumb Comment on my article “Here’s Why Solo Female Travel is Still a Big Deal” for The Huffington Post.

“I just don’t get it. What is the difference between male and solo female travel? Why the need to distinguish the gender at all? What’s the agenda here?”

Oh um gee, I dunno. I wonder where you could find an article and read all about it. I mean, there must be one on the internet SOMEWHERE, hmmm…

#7: Response to My Article “How Travel Made Me Undateable” for Matador Network.

“You’re right. Definitely don’t have any qualities I would want. You sound like a selfish, self-obsessed person”

Me: *Glances at the guy’s avatar – sees beer gut and a guy several times my age* Nope, definitely not missing out on the future Mr High Heels & a Backpack there.

#8: Response to my article “I’m not a Prostitute. I’m a Solo Female Traveler!” for The Huffington Post.

“How sad. She is so beautiful but she has nobody that wants to travel with her”

I have traveled all over the world by myself, created a sustainable career that enables me to travel, and manage my own online businesses yet apparently my life is tragic simply because I travel alone? I think most people are open minded now and accept that many people prefer solo travel. Traveling alone does not equal someone that is crying into their dinner every night praying that they find a boyfriend. It equals someone who is comfortable in their own company. 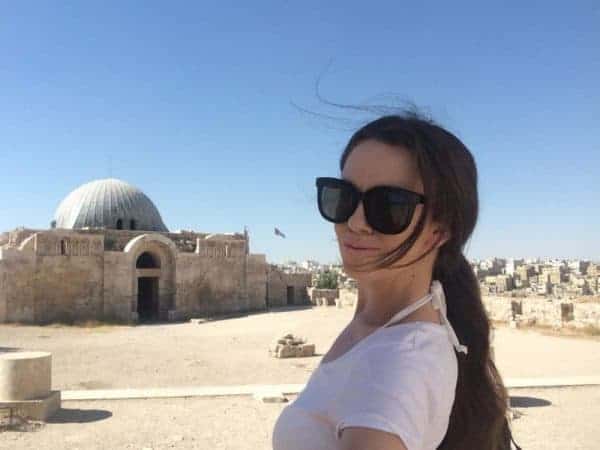 #9: In my article “Here’s Why Solo Female Travel is Still a Big Deal” for The Huffington Post, I wrote “My first solo trip was in 2011, aged 20.” Cue women arguing on the Huff Post’s Facebook share of the article about who traveled first.

I cannot find the words to sufficiently express the absolute sorrow that I am feeling at these revelations. After my journey in 2011,I thought I was the first woman to ever travel solo. I expected my picture in the Guinness Book of Records and my name in flashing lights. Now that aspiration has been so cruelly snatched away. I’m retreating back to my cave to cry and eat chocolate.

#10: Response to My Article “12 Travel Tips for Solo Female Travelers”

“This is a good article but some places are more dangerous than others – war zones and conflict areas for example. Also maybe you should read up about gang rape in India.”

I mean. I can’t even. Obviously my advice about not flashing your expensive electronics isn’t really the most pressing thing to consider if you’re standing on the front line amid a sea of hand grenades and ricocheting bullets in freaking Gaza Strip. I guess I just expected a little common sense from the people that read my articles, y’know?

So, for those that are still confused, let me clarify this right here, right now: My travel advice is general solo female travel advice. It may not be useful for those of you stationed out in Iraq or Afghanistan 😉 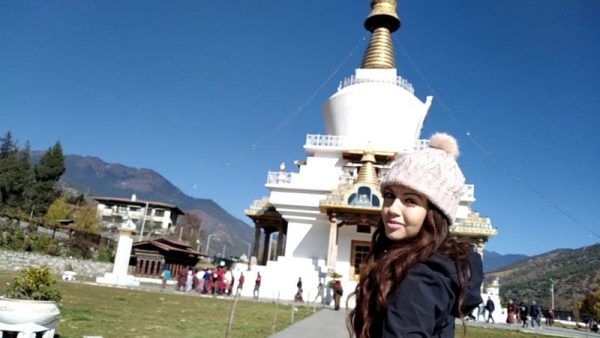 I have always been the sort of person that takes criticism really personally. Negative comments made towards me, especially those which criticize my character have always made me self-analyze, and I am mortified if I cause offense to anyone. In some ways, being a Travel Blogger and experiencing all of this madness has helped me a lot, because it’s given me thicker skin and taught me to stop giving a damn about what people think, and to even laugh at the people that have nothing better to do than pester me online.

Sometimes I’ll call out controversial issues – like feminism, sexism or Islamophobia in my articles. I write with the aim to inspire and open people’s eyes about topics and issues, but I also write from my perspective and experience. As one woman, I cannot accommodate every possible angle and equally, I won’t be silenced by some faceless bullies.