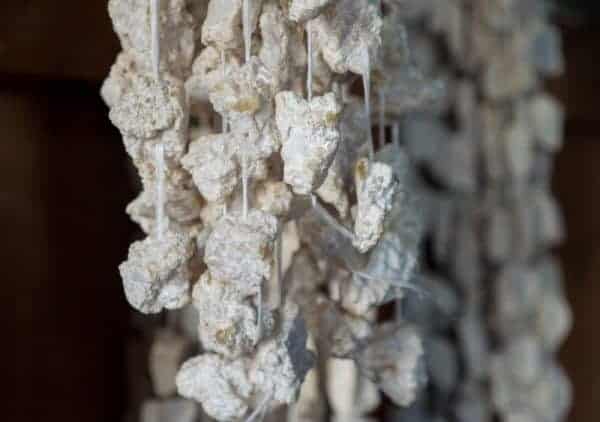 Before traveling to Bhutan, I knew practically nothing about Bhutan food, bar watching a handful of YouTube travel vloggers cram seemingly weird and wonderful Bhutanese dishes into their mouths while venturing around the country. After leaving Bhutan however, my heart had been stolen by Bhutanese cuisine.

Food in Bhutan is influenced by Tibetan, Chinese, and Indian food cultures. Typically the dishes are served with a side pairing of white or red rice and centered around a meat (usually Pork or Chicken). The majority of Bhutanese dishes are prepared with chilies and are quite spicy to taste, even if you consider yourself as having a more adventure palette.

If you travel through Bhutan with an organised tour company then chances are that they will prepare you milder versions of local foods at the lunch spots and hotels that you visit during your journey unless you request otherwise. I would strongly recommend that you at least try the authentic Bhutan food once or twice. You can request that your guide take you to a local restaurant, or if there are a group of you traveling together, then the chef at your hotel in Bhutan may be willing to cook some special Bhutanese food especially for you.

In a similar manner to in neighbouring India, the Bhutanese traditionally eat with their hands. Meals are often comprised of lots of small tapas-style dishes which are served in wooden bowls. Before the eating begins, it’s customary for the Bhutanese to “wash” their hands using a small piece of rice which they roll into a ball and then move around their hands. The stickiness of the rice is said to clear the hands and collect any dirt from them – unique, eh?

You will find that in most hotels and restaurants catered towards international visitors, food is served western style – i.e. on plates with knives and forks; however eating with hands is still commonplace in traditional local eateries or if eating Bhutan food at someone’s home.

I tried to experiment with everything in Bhutan – from the fermented dried yaks cheese, to the eye wateringly spicy curries. Let’s take a look at some of the Bhutanese foods you can expect to see in Bhutan, and those that you should try.

I first tried butter tea on my flight from Singapore to Bhutan when the air steward suggested that I try it and fell completely in love with it (though admittedly you should try the better versions on land in Bhutan, not just the airline tea!)

The tea is brewed by using tea leaves and churning them together with butter and salt. Admittedly at first it does seem a little obscure (it is literally like drinking a cup full of melted butter), but it definitely grows on you and it quickly became my favorite drink to warm myself up from trekking in the cold December climate.

Sometimes Bhutanese Butter Tea is served with zaow (crispy rice) to sprinkle on top of the tea.  It tasted just like rice crispy cereals and transformed the tea into a tasty snack.

Jasha Maru is an incredibly flavourful chicken stew that, like many Bhutanese dishes, is served with a generous portion of red rice. Jasha Maru is somewhat spicy to the taste, and is prepared with a diverse mixture of chillies, ginger, garlic, coriander, and fresh vegetables. That said, it was the ginger taste that really stood out and gave the dish its unique appeal.

A melt in the mouth pork stew created by slowly simmering strips of meat on a high heat until tender, Phaksha Paa is a tasty and moderately spicy pork stew. Chopped up and added to the mix are bok choy, ginger, radishes and chili powder.  Phaksha Paa is served with red rice.

If you are wary about experimenting with foreign foods and cannot cope well with spice then “momos” may be the perfect dish for you. Momos are steamed dumplings that reminded me a lot of Chinese dumplings or the Korean “mandu”. They are typically served with a meat inside (beef or pork) or in a tasty vegetarian form that contains cheese, vegetables, and a blend of different spices.

You will find Bhutanese momos served by roadside street vendors at traditional masked festivals and other events, as well as in momo restaurants in the towns and villages around Bhutan. My favourite were the beef momos.

Momos are also often served with ezay, a spicy chilli sauce for dipping and they are typically eaten by hand, though they are sometimes a little greasy so it’s not the neatest thing in the world to snack on!  In some parts of Bhutan you can also try Hoentay – which are essentialy the same as momos but prepared with a buckwheat dough.

Khur-le is a Bhutanese buckwheat pancake that originated from India and is commonly served as a side dish with the majority of meals. Khur-le pancakes are tasty enough that you can eat them “as is” for breakfast or for a quick snack, however I also really enjoyed using them as a sort of wrap and adding some Kewa Datshi or other local dishes inside (as following the lead from my Bhutanese Guide).

Dried Yak’s cheese and I weren’t really the best of friends but arguably it’s worth a try for the  Bhutan food experience. You will find dried yak cheese hanging from string in market places and general stores around Bhutan.  Honestly I had the thing in my mouth for hours while on a long car journey through the Himalayas and it didn’t even begin to soften or disintegrate! It is genuinely rock hard and you cannot bite or chew it until you’ve given it a lot of time to dissolve.

If you were to ponder the signature dish of Bhutan, ema datshi would be it. The dish is served as a side to virtually every meal, every single day and consists of chillis (either red or green) sliced and cooked with Bhutanese cheese (“datshi”) and butter.

Traditionally, ema datshi is prepared with yaks cheese, but cows cheese can also be used. Each restaurant and chef has their own recipe for ema datshi and the tastes and texture can vary significantly – some being incredibly spicy, and others much milder.

Like ema datshi, red rice is served with practically everything in Bhutan and is a staple for breakfast, lunch and dinner. I watched on as the Bhutanese around me piled their plates high with red rice and accompanied it with just a small dash of curry or whatever dish was being served.

My guide joked that the Bhutanese should always eat two mountains of red rice with every single meal. The majority of Bhutan’s red rice is grown in the rice paddies of Paro valley where it is irrigated with glacier water, and so it is far healthier and of a much higher quality than your average bowl of rice.

One more dish to mention from the “datshi” family of Bhutan food, Shamu Datshi is cheese served with mushrooms. There are rumored to be over 300 different varieties of mushroom which are native to Bhutan and just like Ema Datshi, Shamu Datshi can vary significantly from one place to another since any kind of mushroom can be used to prepare Shamu Datshi.

Kewa Datshi was another Bhutan food that I really grew to love. It is comprised of cheese (“datshi”) and potatoes (“kewa”). Like ema datshi, kewa datshi is also served with chillies, however the dish is typically far milder to the taste than ema datshi so if you like a little kick and pizazz to your food, but you can’t handle super spicy then Kewa Datshi is for you.

Jaju is a Bhutanese soup prepared with milk and vegetables – typically spinach or turnip leaves. You will often find that Bhutanese restaurant owners serve you a soup as a starter before your main dish, much like in the west, and so jaju makes a frequent appearance at the dinner table as a Bhutan food. Sometimes a little cheese (“datshi” – remember?) Is added to the jaju to add a kick of flavor but on the whole, jaju is mild in taste

Shakam is Bhutan’s answer to beef jerky.. sort of. Shakam is dried, preserved beef which is thicker and chewier to the taste than the traditional American style beef jerky.  Shakam Paa then, is dried beef cooked with chillies and radish.

Related Article: What to Wear in Bhutan

Goen Hogay is a light and refreshing Bhutanese cucumber salad that made a nice change from some of the heavier dishes of melted cheeses and meat curries that prevail in Bhutanese cuisine. Slices of cucumber are drizzled with oil and served with yaks cheese, chili flakes, onions, and coriander. I found this Bhutan food to be quite common throughout the country, even at the tourist hotels and eateries.

I travelled to Bhutan in the height of winter (December) where snowfall and harsh climates in the Himalayan country mean that vegetables are in short supply. As such, the majority of vegetables you will consume during this time have been dried and preserved several months before so that they are ready for the winter. Lom are turnip leaves that are dried, preserved and then served sauteed.

Khatem is Indian bitter gourd that is often sliced and fried before being served in Bhutan, often for breakfast. The taste is quite bitter and unique – quite a stark contrast to what you typically expect to taste when eating fruit but it works.

A few additional considerations for exploring Bhutan and sampling Bhutanese food are provided below.

As my Bhutan trip drew to a close, I felt sad about leaving Bhutan food behind and knowing that since this country is so mysterious and isolated from the rest of the world I may never have the opportunity to eat it again – at least not until I return to Bhutan. Before I left, I took the recipe for ema datshi from my guide who assured me that it would work just fine with cows cheese in place of Yak’s cheese but I have yet to give it a try..

What Bhutanese dishes tickle your fancy the most? If you have traveled to Bhutan already, what was your favourite Bhutan food?